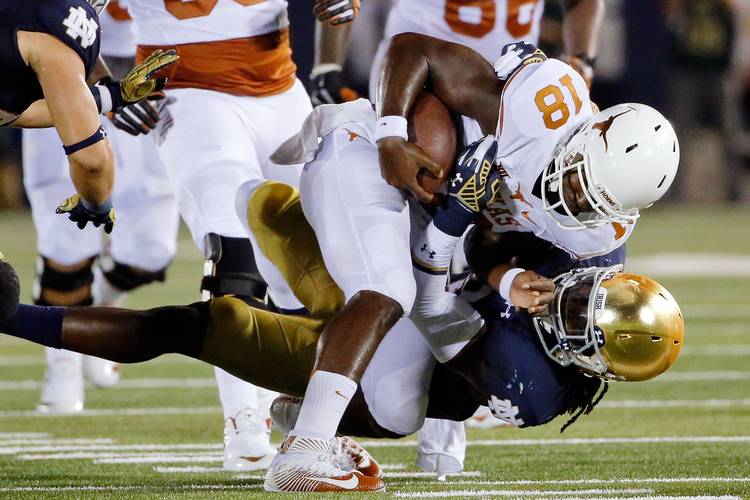 Best offensive play
As far as Texas is concerned, there wasn’t exactly a barrel full of options. So let’s go with the Swoopes’ 48-yard pass to John Burt in the third quarter. It led to Texas’ first (and, so far, only) points of the season, a field goal.

Best defensive play
Freshman linebacker Malik Jefferson burst through the hole and came up with a crunching hit on running back Josh Adams. Jefferson appears as good as advertised. In an otherwise disappointing team performance, Jefferson showed he is more than up to the challenge of playing in the middle.