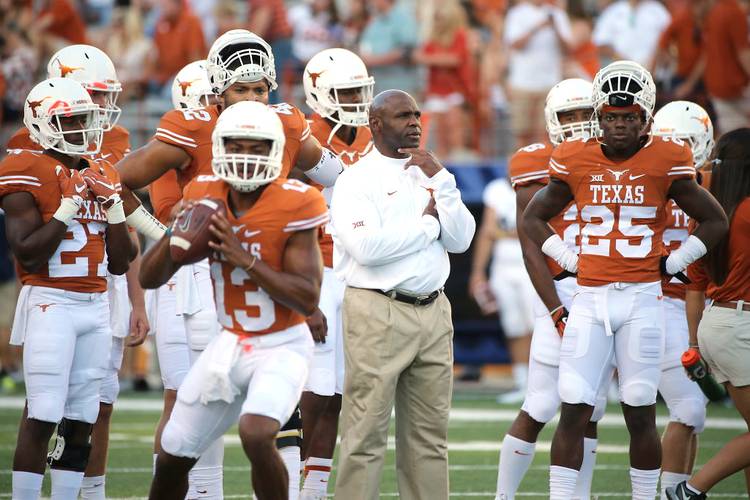 On Saturday morning, we asked four questions about the Texas-Rice matchup.

WHO STARTED AT QUARTERBACK?

As expected, Jerrod Heard. Charlie Strong’s play-calling switch from Shawn Watson to Jay Norvell on Tuesday probably wasn’t done just to start Tyrone Swoopes again. Heard didn’t disappoint, producing 216 yards of total offense. He threw a 69-yard touchdown pass to John Burt. He rattled off scrambles of 35 and 18 yards, both of which led to touchdowns. And he didn’t commit a turnover. Swoopes got one series in with six minutes left and the game out of reach. That drive ended with a punt.

HOW MANY CARRIES DID JOHNATHAN GRAY GET?

Well, Gray did have more touches than he did at Notre Dame. But only barely. For the second straight week, Texas’ senior tailback wasn’t much of a factor. After getting eight carries in South Bend, Strong on Monday appeared bothered by the lack of touches for Gray. Against Rice, Gray had 10 touches — nine carries for 17 yards and a touchdown, and one catch for 8 yards. The first play of the game went to No. 32, but he was fairly quiet on the night.

No. Johnson, who injured his ankle against Notre Dame, was seen on the sidelines in shorts. There were only five catches made by Texas pass catchers all night, though one of them went for 69 yards (Burt) and another for 32 (Armanti Foreman). Both were touchdowns. Maybe Johnson will return for the Cal game.

WERE THE STANDS FULL?

No. Official attendance at Royal-Memorial Stadium was 86,458. That’s a far cry from capacity (100,119) and not that far off from the reported 15,000 tickets that were still available earlier this week. Maybe the win over the Owls and the debut performance from Heard as the starter will result in a shot in the arm for attendance against Cal. Maybe.

Texas 42, Rice 28: Longhorns surge to win in the start of the Norvell/Heard era