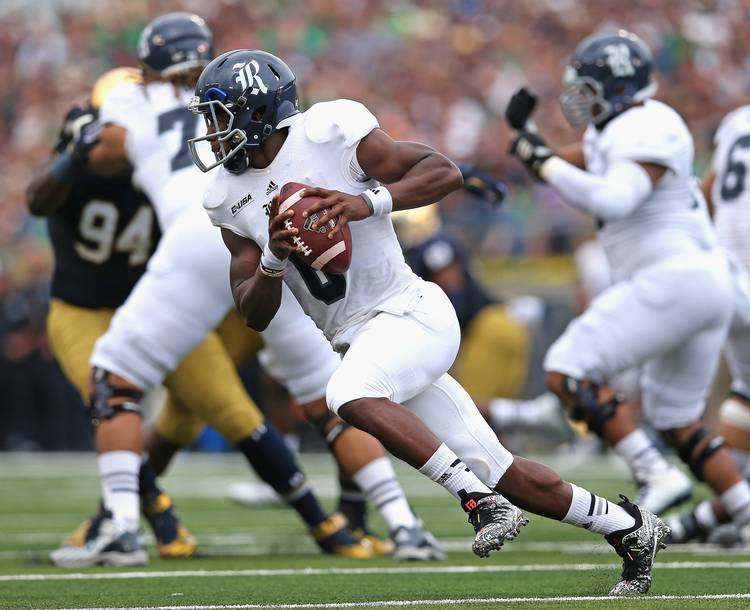 On Saturday against Rice, the eyes of Texas will be upon …

Jackson, Rice’s undisputed leader on offense, played through a separated left (non-throwing) shoulder for the final 10 minutes of last season. In the Hawai’i Bowl, Jackson torched Fresno State for 318 passing yards and three touchdowns. The Longhorns also still have to account for Jackson in Rice’s option attack; he rushed for 401 yards last year. In last week’s season opener against Wagner, Jackson broke free for a 43-yard touchdown run.

Turner does a little bit of everything, including lining up behind center in Wildcat packages. Turner appeared in goal line situations last week, scoring on a pair of short runs. He also completed one pass, for 8 yards. Turner’s importance will increase even more if Jowan Davis, the team’s leading rusher last year with 956 yards, sits out with an ankle injury. After the game, look for Turner to seek out Longhorns tight ends coach Jeff Traylor, who was Turner’s coach at Gilmer High.

Womac could be a handful for Texas’ tackles, especially freshman left tackle Connor Williams. Against Wagner, Womac had four tackles for loss, including a sack. He also forced a fumble. Womac missed seven games last year as a redshirt freshman, so he’s still a bit of an unknown. He’s not particularly big — 6-2, 235 — so he’ll try to win with speed.

Texas vs. Rice: Matchups that matter