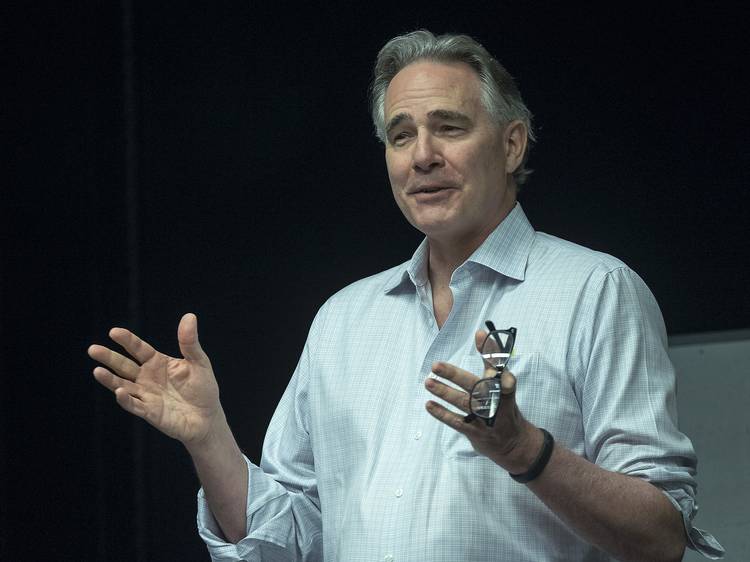 In and around campus, there was next to no sympathy for a man who had just lost one of the top jobs in college athletics.

Sitting on a ledge outside of the University of Texas Tower on Tuesday afternoon, two male students joyfully applauded the firing of controversial men’s athletic director Steve Patterson, who had been relieved of his duties in the morning by Texas President Gregory L. Fenves.

“It’s an awesome day!” one of them yelled.

His buddy stumped on behalf of a Longhorns legend: “Mack Brown for athletic director!”

For all of his triumphs, perhaps Patterson’s greatest failure was his inability to connect with fans, be it millionaire donors that felt neglected, or penny-pinching students who had grown weary of the negative cloud that had followed him from Arizona State in 2013. Former Longhorns linebacker Mike Perrin has been tabbed for interim athletic director.

That Patterson’s weak communication skills were behind his ouster after 22 months seems a touch ironic. On Tuesday, no one at Texas had much to communicate. According to a source, Patterson was summoned to meet Fenves at the president’s office on the fourth floor of the Tower at 8:30 a.m. The firing was not unexpected; as recently as last week, Fenves avoided supporting Patterson in a meeting with the American-Statesman’s editorial board and has not done so since he replaced Bill Powers as president in early June.

At 1:45 p.m., Fenves exited his office accompanied by several men and hurried into an elevator. He declined comment to reporters who were stationed outside of his office. At one point, a Fenves staffer arrived and distributed fruit and water to the media.

Multiple Texas coaches told the American-Statesman that they had been informed of Patterson’s firing, yet Texas had not confirmed it as of 4:30 p.m. Patterson’s hand-picked chief financial officer, Steve Hank, said he had no information on Patterson’s firing.

The delay is likely due to the need for attorneys to hammer out Patterson’s financial settlement. The five-year contract he received in November 2013 for $1.4 million annually is fully guaranteed, so he’s likely owed $5.6 million, though Texas could negotiate for a lower settlement.

Saving a few bucks is something even Patterson could appreciate. He irritated fans by raising ticket prices in football and basketball and doing away with free parking for football season ticket holders. He refused to budge to help offensive line coach Joe Wickline settle a lawsuit with Oklahoma State, Wickline’s former employer. Texas is not a party to the lawsuit, though many felt Patterson and Texas should have chipped in to eliminate a needless distraction. The lawsuit remains unresolved.

At lunchtime on Tuesday, Wickline stopped by the North End Zone for a sandwich. He had heard of Patterson’s firing but said he had been locked in the film room all day preparing for Saturday’s game against California.

In an apparent diss toward Patterson, wide receiver Armanti Foreman tweeted, “I ain’t really like him anyway.” Texas coaches meticulously monitor the social media activity of their players and have ordered them to remove posts. Strangely, Foreman’s tweet is still up five hours later.

Outside of Patterson’s home in Austin, a man who identified himself as Patterson’s son politely told the Statesman his father had no comment.

“We’re trying to figure things out right now,” he said.

Who could be the next Texas AD?

Texas play-caller Jay Norvell: “We want to be known for something”