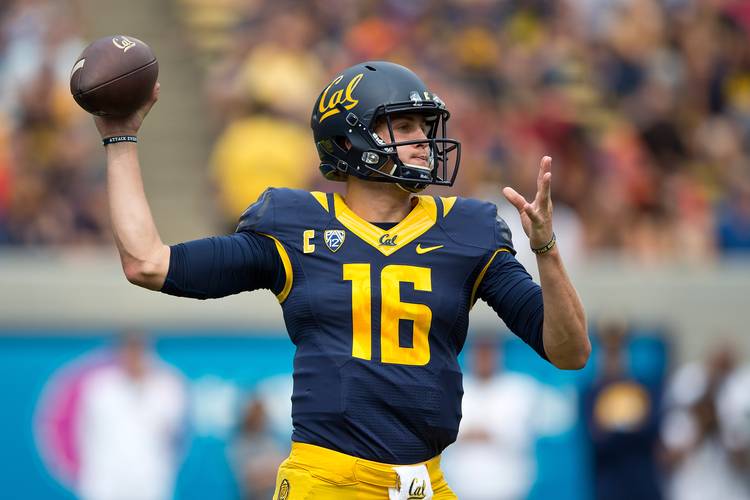 Perhaps that’s because Rodgers went to Cal, too. Or maybe its because Goff is a talented passer that will be an extreme test for UT’s secondary.

Goff completed 73.2 percent of his passes for 630 yards with six touchdowns and two interceptions in Cal’s first two games.

“A few times? I thought the man was Houdini,” Bedford said. “One time, three guys had him surrounded, and all three missed and he scrambled for 10 yards. He made us all look bad.”

The Longhorns finished the game with only two sacks despite forcing Jackson to scramble all night. Goff is a traditional pocket passer, but Bedford said he can scramble when he has to.

Boyd still coming: Freshman cornerback Kris Boyd made two outstanding special teams plays in the season opener against Notre Dame. He rushed upfield and forced the Owls to misplay the option, resulting in the fumble that Jefferson picked up and returned for a 26-yard touchdown.

Boyd still isn’t listed as a starter on the depth chart, though. “He’s a guy that believes he should be starting, which I love,” Bedford said.

McCombs, one of Mack Brown’s biggest supporters, indicated he would not approve of the former coach getting the permanent AD job.

“Oh, I don’t think that makes any sense at all,” McCombs said of Brown. “Mack has already been at the top of the mountain. I wish, and he wishes, he had gone out on a little higher note. I’d be surprised if he had any interest in that. He’s too smart for that.”

As for the current state of the football program, McCombs’ voice started rising when he brought up new starting quarterback Jerrod Heard. “God, he is an exciting guy to watch, and that’s what you have to have,” he said.

Brown to Foundation?: One idea hatched in the run-up to Patterson’s dismissal involved Brown working with the Longhorn Foundation, the fundraising arm of UT athletics.

Three sources said Brown’s name was floated for a new position, possibly with a C-suite designation, where he would work with Foundation leaders Amy Folan and Roy Shick. Brown would essentially become the face of the Longhorn Foundation, the sources said, and he could still broadcast games on ESPN.

One UT source said nothing is imminent, however. Brown remains a special assistant to the president for $500,000 annually. Brown could not be reached for comment. A source close to him said no one at UT has called Brown about becoming the new AD.

Chris Plonsky not interested in replacing Steve Patterson, she says

Texas vs. Cal: Matchups that matter