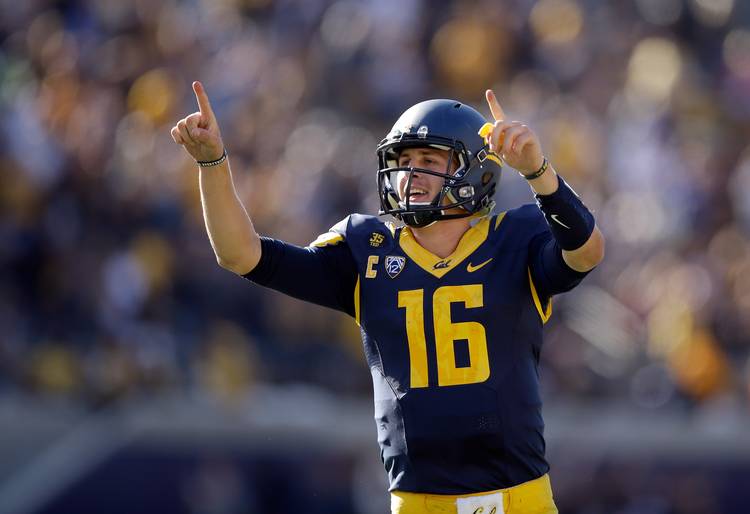 California quarterback Jared Goff will be a key focus of the Texas' defense on Saturday. (Photo by Ezra Shaw/Getty Images)

Each week of the season, the American-Statesman will interview the beat writer of Texas’ opponent. This week, the San Francisco Chronicle’s Connor Letourneau — @Con_Chron — offers insight on the Texas-Cal matchup:

Cal won one game in Sonny Dykes’ first season and five last year in his second. At that rate, we should expect nine wins this season, right?

The Bears have everything necessary — the Heisman hopeful under center, the deep receiving corps, the new-found depth on defense — to reach their first bowl game since 2011. But will they win nine games? Not necessarily. The Pac-12 is perhaps the deepest it’s been since Dykes arrived in Berkeley. But based off the way Cal has played in the first two games, I think it could contend for a Pac-12 North title. The defense, which of course was the big question entering the year, has made significant strides. As the season progresses, it’ll be interesting to see how the Bears fare against quality offenses.

The Tedford era unraveled quickly. After making eight bowl games in nine years, the Bears labored through a three-win season in 2012. Rival Stanford had officially passed Cal on the Pac-12 hierarchy. But the on-field product was hardly the only reason Tedford was fired. A month before he was let go, news surfaced that Cal had only graduated 47 percent of its players between 2002 and 2005 — the lowest rate in the conference. For a school that prides itself on being the top public university in the world, that was unacceptable.

What will Jared Goff have to do to be a Heisman finalist?

I expect Goff to have Heisman-esque numbers this year. In his third year as the starter, he is playing with the poise of a veteran. It only helps that he can lean on arguably the deepest crop of receivers in college football. The bigger question is whether Cal will be relevant enough nationally to justify Goff being a serious Heisman candidate. The Bears likely need to challenge for a Pac-12 title, if not win it entirely.

Has the defense gotten a lot better or has the competition been suspect through two weeks?

Admittedly, the competition has been sub-par. Grambling State is an FCS program, and San Diego State has serious questions at quarterback. But there’s no doubt that Cal’s defense is much improved from a year ago. It finally has depth, which is especially important given how fast the offense operates. And players feel more comfortable in year two under defensive coordinator Art Kaufman.

Who has been the most pleasant surprise on the team through two weeks?

The defense as a whole, of course, has been a pleasant surprise. But specifically, starting cornerbacks Darius White and Darius Allensworth have impressed. They both struggled last year in their first seasons at the FBS level. Through two games this year, White and Allensworth have been two of Cal’s most reliable defenders.

Texas vs. Cal: Matchups that matter

Texas vs. Cal: The Eyes of Texas will be upon whom?