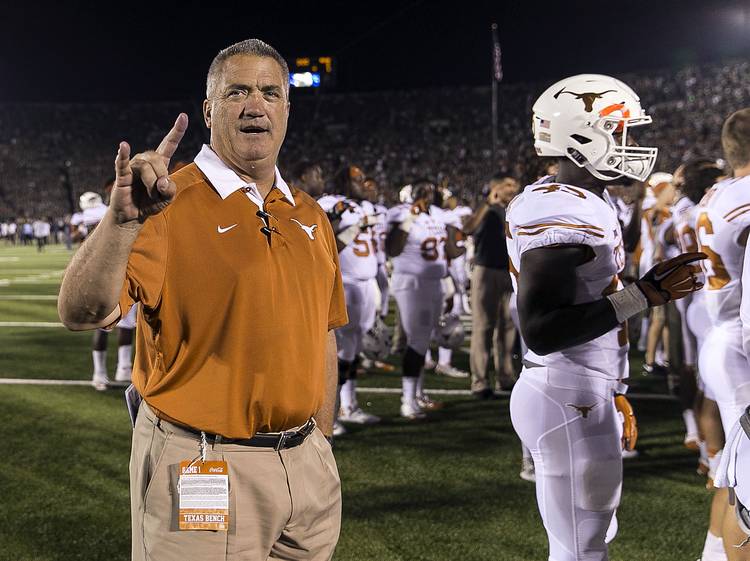 Updated 7:45 p.m.: According to Payne County court documents, a jury trial has been scheduled for March 8 beginning at 8 a.m. The trial is expected to last four days, per court documents.

The following story was posted on Hookem.com mid-afternoon Wednesday.

Neither Oklahoma State nor Texas officials want to discuss the ongoing legal drama about Joe Wickline. Both sides are too nervous the judge could rule against them.

School officials in Stillwater and Austin declined comment to the American-Statesman this week when asked for their thoughts about the case, now almost a year old. The issue is front and center this week with the Cowboys and Longhorns scheduled to meet in Saturday’s Big 12 opener at Royal-Memorial Stadium.

Judge Stephen Kistler, an OSU graduate who went to law school at Oklahoma, is weighing whether to issue a summary judgment or advance the case to trial, which could begin next spring. UT officials have been skeptical about a trial in Payne County, home to Oklahoma State’s primary campus.

The issue revolves around whether Wickline had “play-calling duties” with the Longhorns last season.

Oklahoma State is seeking nearly $600,000 in damages, as outlined in Wickline’s OSU contract.

If Wickline loses, the potential fallout could be fascinating. Would school officials force him to come up with $600,000 from his own pocket? If so, how would that affect Wickline’s relationship with his current employer?

Wickline is in the final year of a two-year guaranteed contract worth $535,000 annually, according to a copy of the contract obtained through an open records request. Texas has the option for a third year. The contract has no indemnity language protecting Wickline from a lawsuit like this.

If the judge rules in OSU’s favor, does that mean Strong purposely misled reporters and UT fans? OSU athletic director Mike Holder has accused the Longhorns of outright lying, according to court documents. Opposing fans would have a field day questioning Strong’s No. 1 core value — honesty.

The University of Texas is not named a party in the lawsuit. Former athletic director Steve Patterson always maintained this was an issue between OSU and Wickline. However, interim AD Mike Perrin has been asked numerous times whether he’ll step in and negotiate a settlement.

“All I really know about that at present is what I read in the paper,” said Perrin, a Houston trial lawyer by trade. Perrin said he never liked to hear other lawyers second-guess his courtroom strategy, so he wouldn’t comment on this issue now.

Over in the football office, it’s been business as usual. “I haven’t said much about it. I think Mike will handle it the right way,” Strong said on Monday. “We’re just so into football right now.”

Pressure is building, though. Last week, Oklahoma State lawyers notified UT they want to interview Strong and his top assistants again along with Patterson after the Norvell announcement.

To up the ante, OSU’s lawyers asked to interview quarterback Tyrone Swoopes, a move one UT source deemed “a scare tactic.”

Last Thursday, Kistler ruled Wickline’s contract meets the legal test to have a liquidated damages clause. In a court filing, Kistler wrote the damages were a legitimate portion of the contract and “not a penalty.”

The liquidated-damages clause did not violate public policy, the judge said. The method for calculating those damages “was a reasonable pre-breach estimate of the damages OSU would suffer if (Wickline) breached the contract.”

OSU officials could interpret this to mean the judge is leaning their way. Or not. Both sides believe they’ve got the facts in their favor.

“Joe hasn’t showed where it has affected him at all,” Strong said. “When it comes down to it, we’ve got to make our team better and the guys we’ve got and be concerned about the guys we have here.”