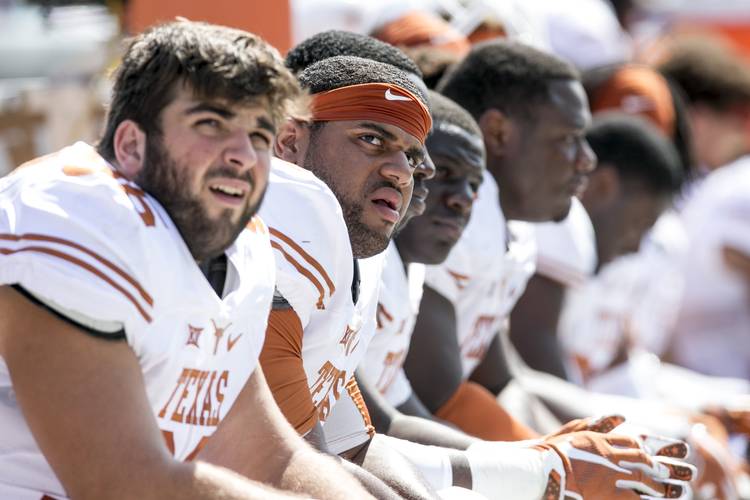 FORT WORTH — Texas tight ends coach Jeff Traylor is listed as the team’s special teams coach. In reality, the duties get divvied up among the entire coaching staff, so the ultimate responsibility belongs to the head coach.

Texas had a series of mistakes in the kicking game on Saturday that fueled TCU’s 50-7 win at Amon Carter Stadium. This comes after kicker Nick Rose and punter Michal Dickson had critical mistakes that cost the Horns the last two weeks.

When asked about the special teams, Strong listed everything that went wrong and said, “It’s frustrating.”

Dickson, a freshman from Australia, dropped a critical punt snap two weeks ago against Oklahoma State. Against TCU, snapper Kyle Ashby sailed the ball over Dickson’s head. The ball rolled out of the end zone, giving the Horned Frogs a safety and a 9-0 lead with 11:33 remaining in the first quarter.

Immediately following the safety, Rose had a free kick. He let the ball go out of bounds for a penalty, allowing the Frogs to take over at midfield. Five plays later, TCU had a 16-0 lead.

Two drives after that, Dickson shanked a punt 22 yards to TCU’s 36. Then KaVontae Turpin raced 49 yards to give the Frogs a 23-0 lead.

Once the second quarter began, Rose had a chance to get points. But an 11-play drive ended with nothing when he missed a 39-yard field goal wide right.

Later in the quarter, the offense pieced together a 19-play drive that started at Texas’ own 4-yard line. It was Texas’ best ball movement of the day, getting to the Frogs’ 22-yard line. But Rose then missed a 40-yard field goal wide left.

Why did Texas start that drive from the 4? Duke Thomas, filling in for the injured Daje Johnson, let a TCU punt bounce and roll dead inside the 5.

Even when things appeared to go Texas’ way on special teams, they didn’t. One TCU player muffed a punt that bounced straight into Ashby’s arms, who was hustling downfield in coverage. But the ball squirted out and was recovered by the Frogs.

Dickson  finished the day averaging 41 yards on eight punts. None were downed inside the 20-yard line. TCU had six punts all day, but with Johnson out, UT had no real return threat.

Once a pushover, TCU now dominating series with Texas