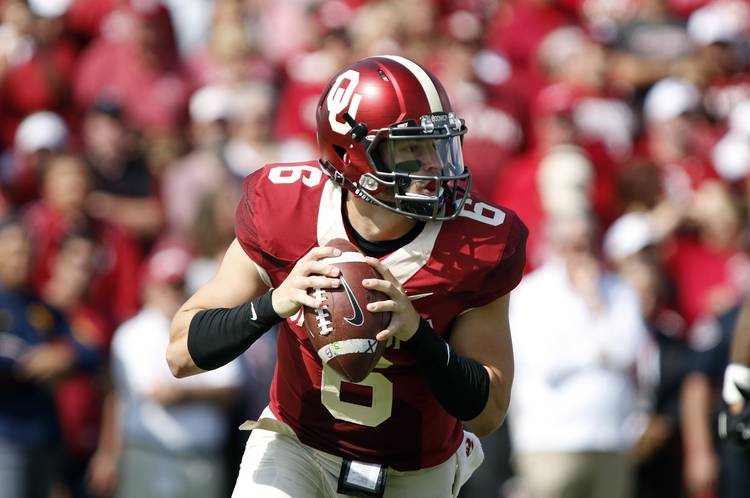 If Texas fans need any reminder of their chief rival’s intensions this week, then rewind the clock back to 1956, the last time the Longhorns started an abysmal 1-4 like the current squad.

Six starters returned from the Sooners’ 1955 national championship team. OU coach Bud Wilkinson even called the ’56 squad “the most over-rated team in the history of football.”

No. 1-ranked Oklahoma pounded Texas, 45-0, in what still ranks among the top 10 worst losses in UT history.

“I kept thinking I’d sure hate to be playing for Texas and take this kind of humiliating beating,” OU quarterback Jimmy Harris told reporters after the Sooners piled up 502 yards, an other-worldly number in those days.

UT assistant coach Mike Michalske said afterward, “We were just out of our league.”

The present-day Sooners may not sport the No. 1 ranking, but they’re undefeated just the same. Coach Bob Stoops’ club, currently ranked 10th and climbing, is 4-0 and will show no mercy, just like their predecessors.

TCU just steamrolled Texas (1-4, 0-2 in the Big 12) on Saturday. The Horned Frogs’ 50-7 victory was the second-biggest win in series history. Questions have surfaced about Texas’ overall direction, and the school still hasn’t sold its full allotment of tickets in the Cotton Bowl’s north end zone.

The Sooners are practically giddy.

“Yeah, it’s always a game you want to play in as a little kid and now it’s finally here,” said OU quarterback Baker Mayfield. Mayfield threw for 320 yards and three touchdowns in OU’s 44-24 win over West Virginia on Saturday.

“Even with how they’re playing right now, you can’t go in there and take them lightly,” the Lake Travis product added. “That’s how rivalry games are. We’re going to go in there and give it our best shot.”

The Longhorns felt they were moving in the right direction after two tough losses by a combined four points. But that changed after looking so dramatically unprepared against TCU.

The Frogs needed only 15 minutes to take a 30-0 lead, and the game was essentially over. Lorenzo Joe’s late, meaningless touchdown catch prevented it from being tied for the fifth-worst loss in Texas football history. Since was only a 43-point loss, it ended up landing just outside the top 10 rankings.

Texas coach Charlie Strong is now 7-11. Seven of those losses have come by 21 points or more. This program isn’t just losing; it’s getting blown out with alarming frequency.

Kris Boyd found himself at the center of a social media firestorm for his actions at halftime. He retweeted a message from a Texas A&M fan suggesting both he and linebacker Malik Jefferson transfer to College Station. The UT coaches learned of Boyd’s actions while walking off the field.

Strong said players should not be on their phones during halftime. It’s unclear whether Boyd will face any disciplinary action.

“Kris has a lot of heart, and he’s going to speak his mind whenever he needs to,” UT quarterback Jerrod Heard said.

Heard posted a message on Twitter that read, “I’m sorry.”

The Horns are looking for anything positive they can find. What else can they do? With seven games remaining, Texas must win five to reach bowl eligibility, something that looks like a long shot at best.

OU will sense a team that’s down and want to keep Texas there.

“The day was awful,” Strong said. “It was embarrassing, but we’ve just got to continue to coach.”

With Oklahoma looming, Texas players fighting each other on Twitter