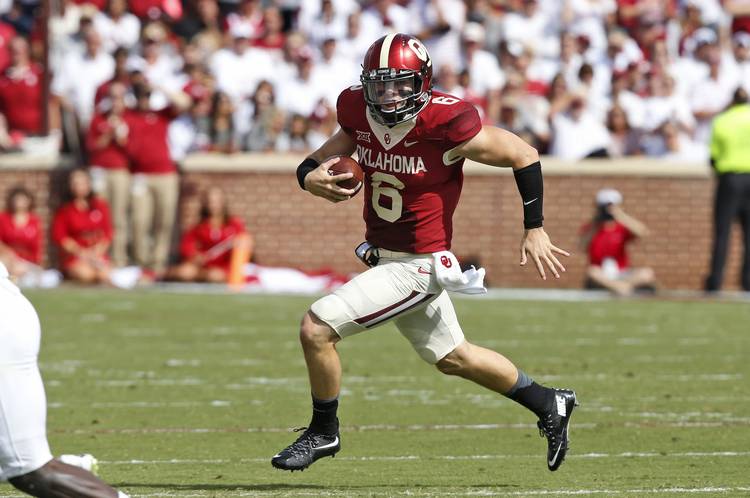 Each week of the season, the American-Statesman will interview the beat writer of Texas’ opponent. This week, the Daily Oklahoman’s Jason Kersey — @jasonkersey — offers insight on Saturday’s Texas-Oklahoma matchup:

OU started 4-0 last year and eventually collapsed. The Sooners are 4-0 again this year. Will the outcome be different?

I still think it’s too early to say. The Sooners definitely look better, but they still haven’t played TCU, Baylor or Oklahoma State yet. All three of those monumentally tough games come in November, so it’s totally possible that OU would be undefeated and a top-5 team entering November and then lose three. We just don’t know how good this team is yet, especially with a few little bad signs, like the horrid defensive performance against Tulsa and the first three quarters at Tennessee.

It was definitely the right move, and it was one that couldn’t have been easy for Stoops. Josh Heupel was his only national championship quarterback and Jay Norvell was a college teammate who’d been on the staff for seven years. The Sooners needed a fresh start offensively, and the only way to do that is to bring in a new coordinator. Norvell wasn’t the play-caller, but his receivers were pretty bad last year outside of Sterling Shepard. He wasn’t developing talent and wasn’t recruiting very well.

Baker Mayfield (Lake Travis) walked on at Texas Tech and Oklahoma and won the starting QB job at each stop. What makes him so confident and where is he most dangerous to a defense?

His confidence is just innate. I don’t know where it comes from, but it’s definitely there. He’s most dangerous to defenses when he scrambles because he throws well on the run and is also amazing at escaping from would-be tacklers. He’s had to display that ability a little more than OU coaches would like, though, this year because of a very inexperienced offensive line.

Through four games, where is OU most vulnerable?

OU’s big problems are on the offensive line and in the defensive backfield. The DBs looked better against West Virginia, no doubt, but that Tulsa game was a really bad sign. Of course, one of the starting corners was suspended for that game and is now back. OU has also struggled over the past couple years with mobile quarterbacks, so I imagine Jerrod Heard is someone who could give them a little trouble.

RB Samaje Perine (Hendrickson) burst onto the scene with a huge freshman season in 2014. Now he’s splitting touches with Joe Mixon, who has returned from a season-long suspension. How is the workload being divided?

Samaje Perine still gets the bulk of the carries, but he definitely hasn’t been as productive this year. I think that’s both because of Joe Mixon being in the backfield and because of the Air Raid system. I think Lincoln Riley is still figuring out exactly how to incorporate a guy like Perine into his offense, and that’s a work in progress.

Staff takes, Texas vs. Oklahoma: Lots at stake (for Texas) in this year’s Showdown