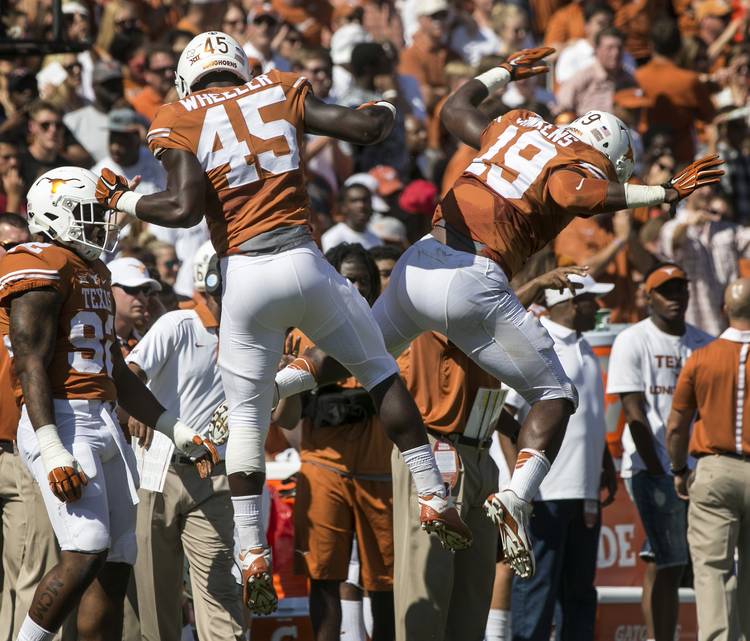 OCTOBER 10, 2015 - Texas defenders Anthony Wheeler (45) and Peter Jinkens (19) celebrate a stop against Oklahoma during the first half of action in the AT&T Red River Showdown between Texas and Oklahoma held at the Cotton Bowl in Dallas, Tx., on Saturday, October 10, 2015. (RODOLFO GONZALEZ / AMERICAN-STATESMAN)

Bests and Worsts from Texas vs. Oklahoma