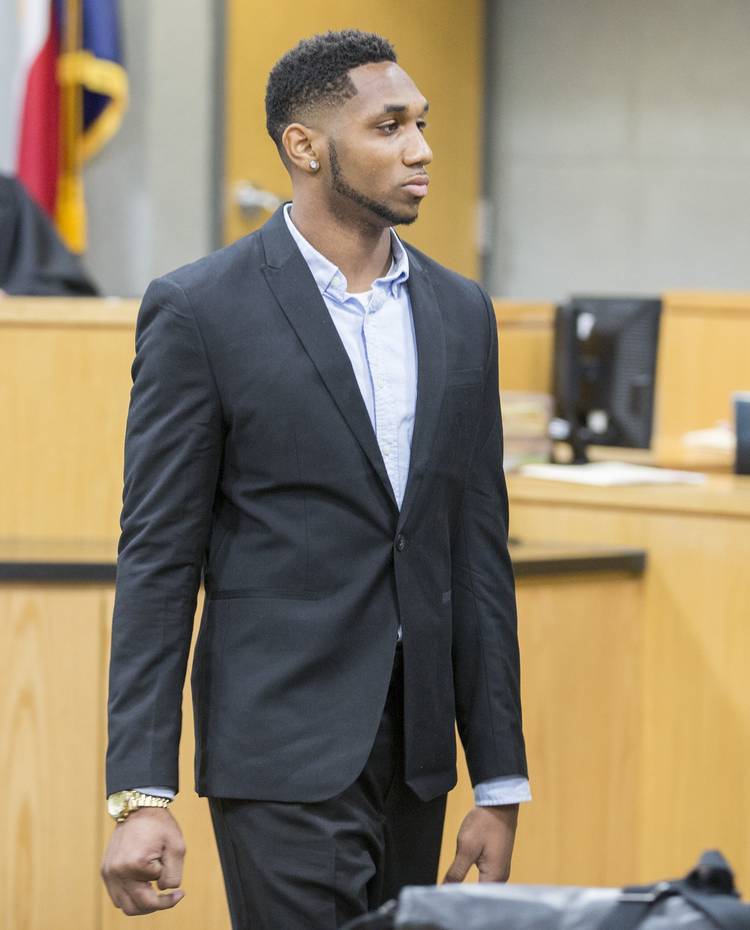 A jury of eight men and four women has been assigned to the sexual assault trial of former Texas football player Kendall Sanders.

The trial, which will begin Tuesday in Travis County district court, is expected to last through the end of the week, if not longer.

Sanders was indicted on a sexual assault charge stemming from a June 2014 incident in a UT dormitory involving a female student. The second-degree felony carries a sentence of probation, or two to 20 years in prison plus up to a $10,000 fine.

The jurors chosen Monday were all white, except for one Hispanic woman. Of the 70 or so members who made up the initial juror pool, only one was African-American, as Sanders is.

Prosecutor Andrea Austin and Sanders’ attorney, Brian Roark, encountered some difficulty with jurors who had been exposed to news accounts of the incident. One potential juror was excused after he said that “sports is my life” and that Texas is the only football team he pulls for. Another was excused after he admitted accepting some of the reports he had read as fact. One dismissed juror said he would have been prejudiced against Sanders because a relative of his was once shot by a black person.

Sanders and fellow former Texas football player Montrel Meander are accused of sexually assaulting a female student in Meander’s dorm room. According to the arrest affidavit, Meander and the woman were having consensual sex when Sanders entered the room and assaulted her.

Meander is charged with the same crime and is scheduled to go to trial Oct. 26.

Sanders, from Athens in East Texas, would have been a senior this season. He appeared to be at ease during Monday’s proceedings as he meticulously jotted down notes about potential jurors.

One woman who did not make the jury revealed that she is a friend of a Duke University lacrosse player who was falsely accused of rape in 2006.

Sanders last played for Texas during the 2013 season when he was the team’s third-leading receiver and had 37 catches for 361 yards and one touchdown. He and Meander were dismissed from the program after their arrest and have not played the past two seasons.

Defense tells its side of story in Kendall Sanders trial