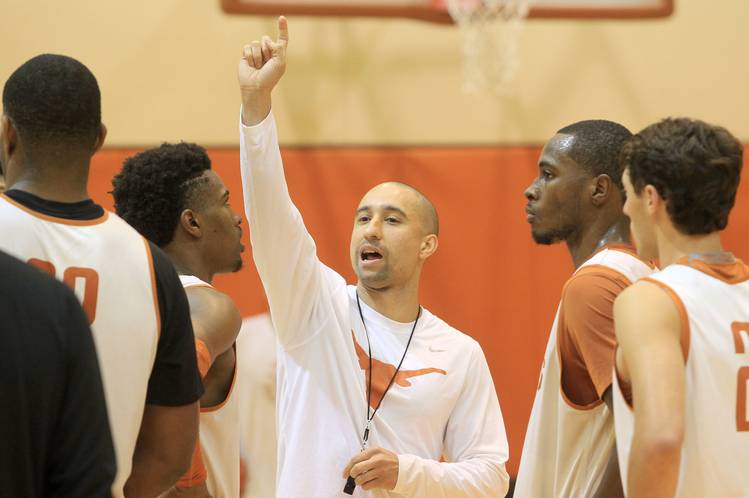 Shaka Smart hasn’t seen his players in real-life game situations yet. But the first-year Texas coach has already figured out one of the Longhorns’ biggest problems.

“We’ve got a lot of nice guys on our team right now,” Smart said after Tuesday’s practice. “That’s a great thing off the court. But we need to get a little tougher and nastier on the court. Sometimes that’s the difference in highly contested games.”

Former coach Rick Barnes lamented about the Longhorns’ lack of a killer instinct in recent years. In close games, sometimes teams need someone to step up, demand the basketball and, essentially, tell everyone else to get out of the way.

Texas desperately needed a clutch shooter in the last four minutes against Iowa State in the Big 12 tournament. Or, maybe the second half against Butler in the NCAA Tournament.

The Big 12 has a ton of clutch players returning this season, including Oklahoma’s Buddy Hield and Iowa State’s Georges Niang.

Smart doted on his veterans on Tuesday, but really broke out into a grin when talking about 6-foot, 8-inch forward Shaq Cleare. The burly big man sat out last season after transferring from Maryland.

“He has an edge to him, and we want to cultivate that,” Smart said.

Picking up the pace: As expected, Smart said flat-out the Longhorns will play faster this season.

“First and foremost, we want to be aggressive, connected and enthusiastic,” Smart said. “The identity has to come first before the style of play. In terms of basketball, we certainly want to play faster than maybe they did in the past. We want to take advantage of some of the speed of our guards.”

The Horns routinely slowed things down at times and relied on their defense. They had the nation’s fourth-best defensive total (.368 percentage) and finished second nationally in blocks (265). But that didn’t always translate to offensive success.

“In Isaiah Taylor and Kerwin Roach, we have two of the quicker guards in college basketball, actually,” Smart said. “Now, we’ve got to utilize that quickness and make the most of it.”

Speaking of Roach, Smart said his “potential is limitless. He’s got the most potential on our team.” But Roach still needs to work on his ball-handling skills and improve his assist-to-turnover ratio, the coach said.

Starting lineups: Smart doesn’t seem like a coach who will automatically start the same players Barnes did.

“Still remains to be seen, but if we had a game today, I would probably go into the game wanting to try to play 10 or 11 guys,” Smart said. “We’ve got 12 scholarship guys, and I think they’re all in the conversation as of right now.”

Navy SEAL training: Last month, Smart put his players through Navy SEAL training, just like the coach did at Virginia Commonwealth. The players were tentative at first, and it was learned that some aren’t the best swimmers. Still, it was huge team building event, Smart said.

“I think it was good,” Smart said. “I think we got some training that was a little outside of their comfort zone. We got a chance to spend some time together doing things those guys had never done before.”

“He and his wife, Melinda, I met them a couple times previously and they’re Longhorns through and through,” Smart said. “I don’t think you can find anyone who has more of a passion in what we’re trying to do here in Texas athletics.”

Defense tells its side of story in Kendall Sanders trial