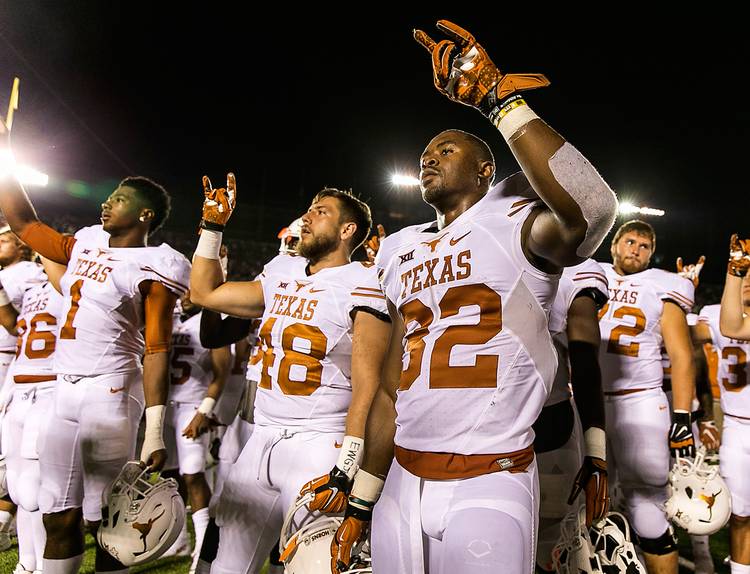 University of Texas officials have reached a 15-year agreement with Nike in what is expected to be the richest shoe and apparel deal in college sports, the American-Statesman has learned.

Two sources familiar with the negotiations said the talks are complete. However, the contract must be forwarded to the UT System Board of Regents for final approval.

The contract’s total value is expected to approach $200 million, one source said, but it would certainly be “higher than Michigan.” The Wolverines signed a 15-year deal with Nike this summer worth an estimated $169 million. At the time, it was widely hailed as the biggest deal in college sports.

Texas’ deal will likely blow past Michigan’s. The Longhorns have been the No. 1 seller of T-shirts, hats and other merchandise for nine straight years, according to the Collegiate Licensing Company rankings.

School officials have been tight-lipped about the entire process for weeks. The school abruptly cancelled a scheduled meeting with Under Armour executives on Oct. 4. It was expected that Under Armour CEO Kevin Plank himself would make a case why UT should leave Nike, the school’s partner since 2000.

Nike officials had one ace up their sleeve the entire time. The company, based in Beaverton, Ore., had a contractual right of first refusal clause in its current deal with Texas. That meant even if Under Armour offered a sky-high price, Nike officials would have had the opportunity to match it.

It was believed UT officials wanted to stick with Nike after the abrupt firing of former athletic director Steve Patterson.

Interim AD Mike Perrin, who could not be reached for this story, showed up at the press box for the Texas-TCU game wearing Nike shoes. “They’re very comfortable,” Perrin said.

The story has been updated from its original form to include additional reporting by the American-Statesman.

Yes, Texas’ defense made strides against OU. But will those good times continue?