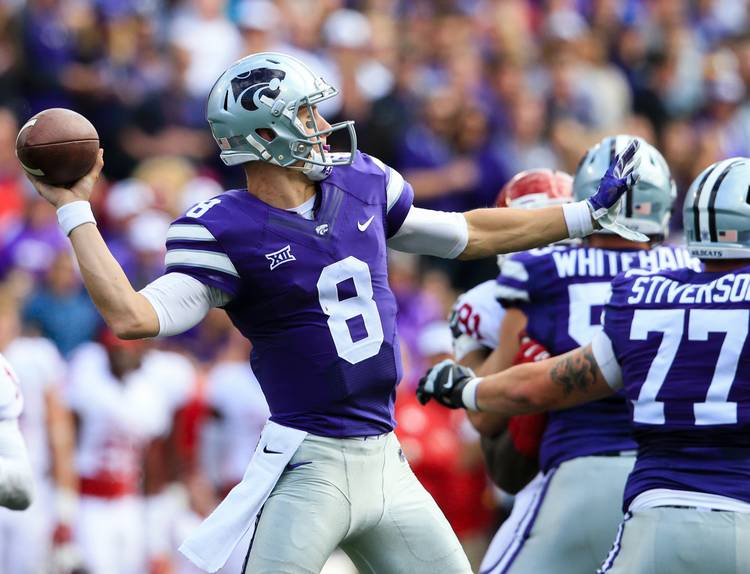 Each week of the season, the American-Statesman will interview the beat writer of Texas’ opponent. This week, The Wichita Eagle’s and The Kansas City Star’s Kellis Robinett — @KellisRobinett — offers insight on Saturday’s Texas-Kansas State matchup:

What in the world happened against Oklahoma?

The same thing that happened to Texas at TCU, basically. The Wildcats entered the game 3-2, with both losses coming close against ranked opponents. Then the bottom fell out against the Sooners. It didn’t resemble any of its other games. Joe Hubener had a terrible start throwing the ball, and Baker Mayfield did anything he wanted. K-State has battled injuries all season, and it seemed like that finally caught up with the Wildcats last week, especially in the secondary. Oklahoma was more talented at seemingly every position and flexed its muscles against the beat-up Wildcats.

Do you expect K-State to be deflated or motivated after that loss?

Motivated, for sure. This game could decide whether K-State gets to a bowl game. Win, and all it needs to do is take care of Iowa State and Kansas to reach bowl eligibility. Lose, and the Wildcats are staring 3-5 in the face with Baylor up next. This is must-win territory for Bill Snyder’s team.

To start the season, K-State shut out South Dakota and held UTSA to three points. Other than the competition getting stiffer, what else has changed defensively the past four games?

The secondary, once viewed as a strength of the defense, has been decimated by injury. Dante Barnett, a preseason all-conference nominee, hasn’t played since the opener, free safety Kaleb Prewett may miss the Texas game with a head injury, Danzel McDaniel has missed two full games and part of a third, and Morgan Burns has also been out. K-State had to pull a redshirt on freshman corner Duke Shelley and play third-stringers to get by. The defensive line is still tough as nails, but nobody tries to run on the Wildcats anymore with big plays available via the pass.

Who do you expect to start at quarterback?

It will be Joe Hubener, but I expect Kody Cook to play, too. K-State has suffered injuries at quarterback this season, too. Starter Jesse Ertz was lost for the season against South Dakota, Alex Delton hurt his knee in the second game, Jonathan Banks isn’t healthy, either. Snyder is left with his opening day backup (Hubener) and a receiver (Cook) as his primary options. Hubener was terrible against Oklahoma, so some are ready for a change. But Cook wasn’t any better. Expect Hubener to start. But he won’t get a long leash from the coaching staff.

What are the odds this will be the final time Texas faces Bill Snyder? Will he hang it up after this year?

No one knows the answer to this question, not even Snyder. But I think he wants to keep coaching. K-State has more young talent than usual on its current roster, and my guess is he wants to see if he can win another Big 12 championship with them before he calls it quits.

Texas vs. Kansas State: The Eyes of Texas will be upon whom?