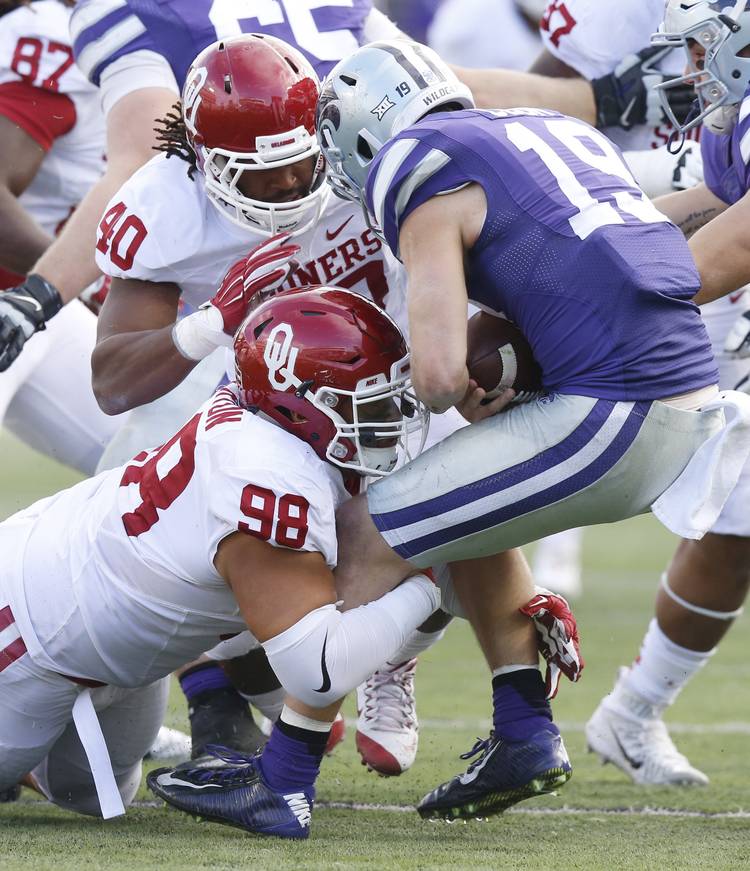 At some point, Cook could line up at quarterback if Joe Hubener struggles. But he’ll begin the game at wide receiver, where his 10 catches are tied for third most on the team. The 6-1 senior caught two passes in last year’s shutout win over Texas when Tyler Lockett had his way with eight catches for 103 yards. As a QB this season, Cook had two touchdowns on 10 of 16 passing and 87 yards rushing in a loss to Oklahoma State.  He did next to nothing against Oklahoma last week, but the Wildcats were down 35-0 before he came in.

The 6-5, 250-pound junior leads K-State and is seventh in the Big 12 with 7.5 tackles for loss. That total includes 3.5 sacks, all registered in an overtime win against Louisiana Tech. For Texas, a weak spot on the line figures to be shored up with the expected return of right tackle Kent Perkins, who missed the past two games with a knee injury. Perkins’ replacements, Marcus Hutchins and Tristan Nickelson, were liabilities in pass protection in his absence. Still, Texas will have its hands full with Willis, who is enjoying an All-Big 12 season.

Hubener is expected to start, but his leash is short considering he’s gone three games in a row without a touchdown pass. Against OU, he was yanked at halftime after getting intercepted twice. A former walk-on, Hubener opened the season as the primary backup but was elevated when starter Jesse Ertz was lost for the season in the opener.