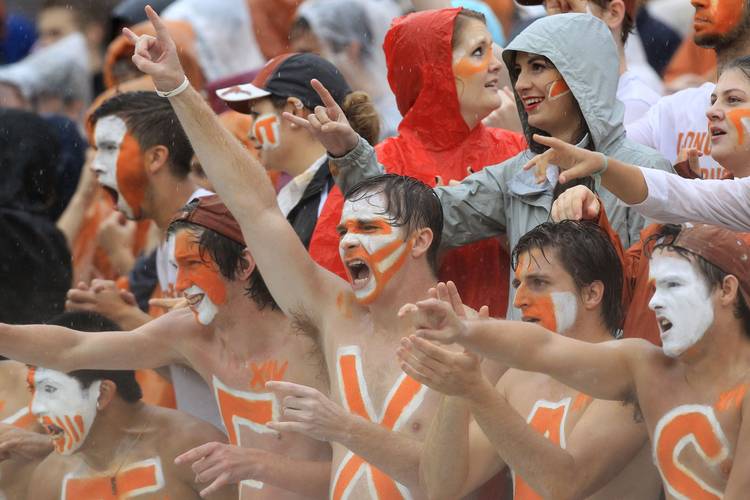 On Saturday morning, we asked four questions about the Texas-Kansas State matchup.

WHICH TEAM HAD THE BETTER START?

Texas. Kansas State’s first three plays resulted in three hard Texas hits, including one that knocked starting quarterback Joe Hubener out of the game briefly. In the opening quarter, Jerrod Heard produced 56 yards of offense, Texas held Kansas State to only two first downs and the Longhorns converted four of their five third-down conversions. In each of the Longhorns’ three wins, they’ve outscored Rice, Oklahoma and Kansas State by a combined score of 38-0. The Wildcats, meanwhile, have allowed 38 first-quarter points in their four Big 12 losses.

Yes. We figured he would — Texas’ defensive coordinator pretty much told us as much on Wednesday. The Longhorns had five sacks, just one off the six-sack day against Oklahoma. As mentioned above, Hubener headed to the sideline after getting shaken up on his first play, courtesy of a hard hit by safety Jason Hall. That brought back visions of Texas-OU, when Baker Mayfield hobbled off the field early as well. The five sacks came from three linemen, two linebackers and a defensive back.

DID D’ONTA FOREMAN RUSH FOR 100 YARDS FOR THE THIRD STRAIGHT GAME?

No. Foreman finished with 43 yards on 10 carries; he had 117 yards against OU and 112 against TCU. But Johnathan Gray topped the century mark with 103 yards on 18 carries, including a big 46-yarder that set up a touchdown. Rushing for 100 against Kansas State is nothing new for Gray, who rushed for 141 yards and three scores against the Wildcats in 2013, the last time this game was played at Royal-Memorial Stadium.

DID THE WEATHER IMPACT THE GAME AND/OR ATTENDANCE?

Yes. There were dropped passes, dropped interceptions, mishandled extra point snaps and bad punt snaps. Part of the low scoring was due to good defense. Much of it was the sloppy conditions. And the crowd was light. Blame the rain, blame Formula One, blame fan apathy. The announced crowd was 88,283 — but surely that was the paid attendance, not the turnstile count.

Our staff takes: This one feels like a bowl game because the stakes are that high