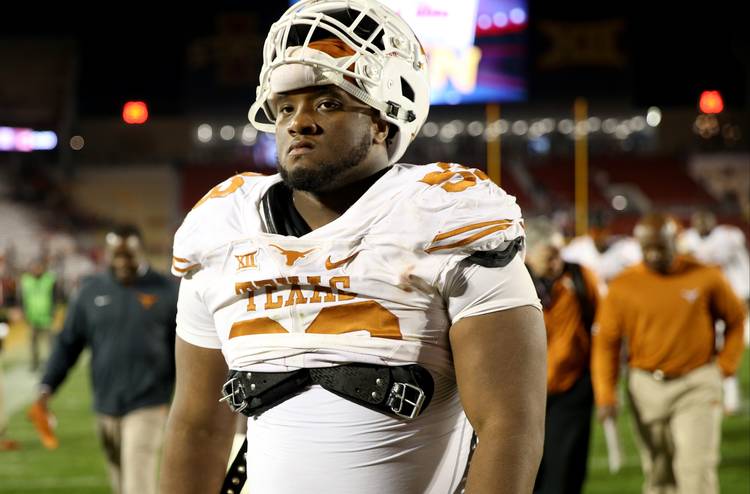 WHY TEXAS (3-5, 2-3) LOST: On Halloween night, it was TEXAS … FRIGHT. The offense laid an egg. The defense couldn’t stop freshman running back Mike Warren or control a quarterback making his first college start, running plays called by a new play-caller. The Longhorns were shut out by an unranked team for the first time since 1961. Jerrod Heard failed to pass for 100 yards for the fourth straight game. Johnathan Gray, coming off a 100-yard game against Kansas State, had only 23 and averaged 2.9 yards a carry. His longest run was 6 yards. Texas finished with six sacks, but gave up 426 yards. And the Longhorns converted only 15 percent of their third down chances.

WHY IOWA STATE (3-5, 2-3) WON: Maybe it was a backs-against-the-wall thing. The Cyclones fired their offensive coordinator on Monday, were starting a new quarterback and were fighting for their head coach’s job. It was Homecoming, too. Freshman running back Mike Warren is the real deal. The Big 12’s second-leading rusher is one of the country’s top freshman backs. He finished with 157 yards. Joel Lanning didn’t wow us as a passer (19 of 37, 188 yards, one touchdown) but did rush for 64 yards on 13 carries.

THE EYES OF TEXAS: … were on three specific Cyclones — running back Mike Warren, who was closing in on a 1,000-yard season; defensive end Dale Pierson, whose 6.5 sacks were second only to Oklahoma State’s Emmanuel Ogbah’s eight in the Big 12; and quarterback Joel Lanning, making his first career start. How’d they do? Warren had 32 carries for 157 yards and a touchdown. Pierson started the game, but didn’t figure into the final stat sheet. Lanning was 19 of 37 for 188 yards and a touchdown, and had 13 runs for 64 yards.

Offense — We’ll take a pass on this one.

Cheers …
(1) Andrew Beck had the team’s biggest gain, a 22-yard catch on the final drive.
(2) Peter Jinkens had two sacks.
(3) Speaking of sacks, Texas had six. That makes 17 over the last three games.

Texcetera: Johnathan Gray moved into 12th place on UT’s career rushing list. He’s 144 yards away from passing Hodges Mitchell for 10th place. … Jinkens’ two sacks give him four for the season, which leads the team. … Michael Dickson averaged 45.8 yards per punt. Three of his nine kicks went for more than 50 yards.

Notebook: Is it time to make — another — QB change for Texas?