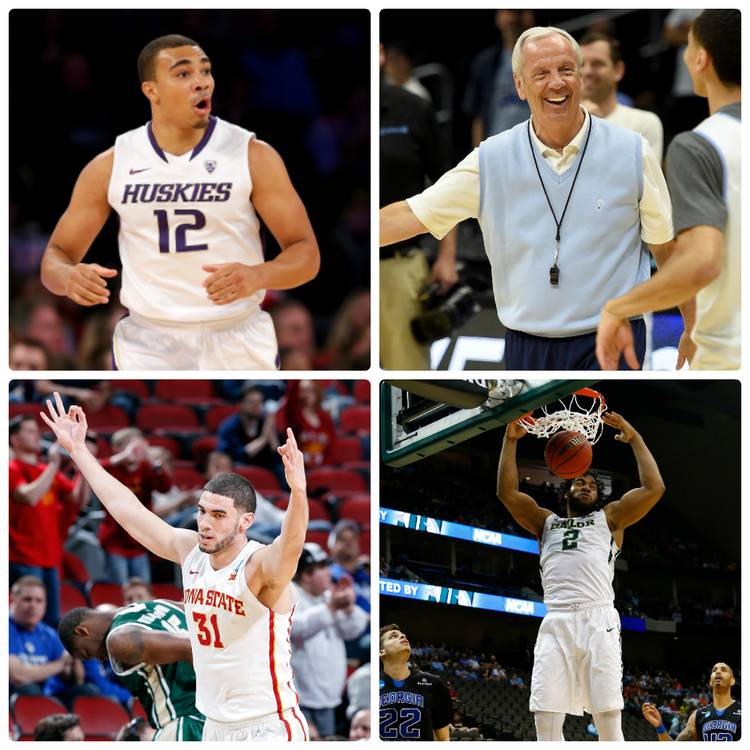 Want to see the world for free? Join the military.

Or, develop your jumper and join the Texas men’s basketball team.

The Longhorns need updated passports, visas and immunizations to get this season started right. Outbreaks of Jayhawks, Cyclones and Sooners come much later.

Shaka Smart’s team will log approximately 17,524 air miles in November alone — assuming Austin’s airport tower has dried out. The Longhorns are shuttling off to Shanghai for the season opener against Washington. Then, it’s back to Austin for one game and off to the Bahamas for a Thanksgiving tournament.

“When I get to China, I’m looking for Panda Express,” guard Demarcus Holland said.

Difficult culinary choices aside, Smart is concerned how his team will handle the travel, the food and the early opposition, which includes familiar faces from College Station. Texas is scheduled to face Texas A&M at the Battle 4 Atlantis tournament in the Bahamas.

Neither Smart nor the Longhorns can afford to stumble out of the gate, blaming travel or anything else. The Big 12 portion of the schedule is simply too tough, and teams usually need 20 wins or more to secure their spot in the NCAA Tournament.

“The schedule we have early in the year is good from a challenge standpoint,” Smart said. “We’re going to be up against some really good teams, and I think we’ll get an accurate reflection of where we need to grow and get better.”

The trip to Shanghai is in itself a fascinating story. It will be the first regular-season intercollegiate athletic contest between U.S. teams ever staged in China. Washington itself is intriguing, too. The Huskies have a completely new roster with nine newcomers. The only returning starter is senior guard Andrew Andrews, who averaged 15 points last season.

After the 15,000-mile round trip to the Pacific Rim, Texas is back home to face Texas A&M-Corpus Christi and then off to the Battle 4 Atlantis tournament. That’s where the Horns and Aggies clash in the first men’s basketball game between the two rivals since A&M left for the SEC.

For some odd reason, tournament organizers put Texas and Washington on the same side of the bracket. Depending on who wins or loses, UT could face UW twice in four games.

Texas has been routinely criticized for its non-conference home schedule, but few can complain this year. UT will host No. 1 North Carolina and No. 20 Connecticut at the Erwin Center. The Horns beat the Tar Heels in Chapel Hill in December 2013, and Jon Holmes’ buzzer-beater clipped the Huskies last season.

Mixed among those two glamour games are home dates against lower-level competition that should help Texas find chemistry and victories. UT-Arlington makes a pilgrimage to Austin, but Texas hasn’t hosted UT-San Antonio since November 2007.

That pre-Christmas road trip to Stanford looks interesting. The Cardinal can’t stay healthy this preseason. Starting point guard Robert Cartwright is out indefinitely with a broken arm. Three others are injured, too.

There’s a real chance UT could start Big 12 play with a 3-0 record. The first major challenge comes at home against Iowa State and Georges Niang, a national player of the year candidate. It will be somewhat of a cathartic experience facing the Cyclones, the team that bounced the Horns from the Big 12 tournament last season.

Will Oklahoma State’s Phil Forte finally give Texas a break? The pride of Flower Mound runs around hitting everything in sight whenever he faces UT. Then the Longhorns face back-to-back road games at West Virginia and Kansas.

The odd game that sticks out is an 11 a.m. matchup at month’s end against Vanderbilt as part of the Big 12/SEC Challenge. Four starters return from what was the best shooting team in the SEC.

This month has been a real bugaboo lately as Texas struggled on the road. At least the Horns are going to familiar places like Waco, Norman and Stillwater.

One of the best individual matchups of the season may be Baylor’s Rico Gathers vs. Cam Ridley and Prince Ibeh. Introducing the physical Shaq Cleare to the mix certainly changes things. The Horns see the Bears on Feb. 1 and Feb. 20.

The closing stretch seems favorable. The Horns get four of their last six at home, with trips to Kansas State and Oklahoma State being the exceptions.

If Texas is really humming along, the Feb. 29 game against Kansas should draw a major audience. The Jayhawks are shooting for their 12th consecutive Big 12 title.

Vance Bedford to his Texas defenders: ‘Who do they think they are?’