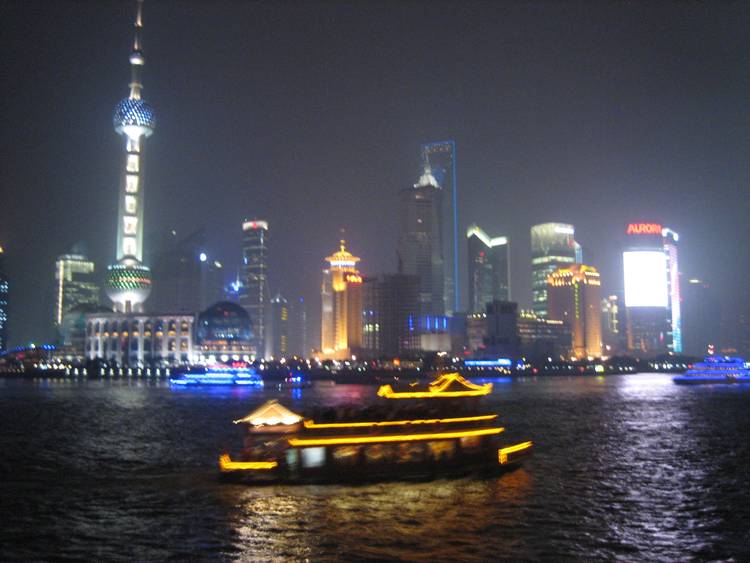 Shanghai's never-ending skyline will tower over Texas and Washington as the two teams travel to China for a basketball matchup. MARTY TOOHEY / AMERICAN-STATESMAN

Considering China’s ancient history of rebellion and war, there’s no good way to say “Texas Fight!” without being somewhat offensive. The language has incredible nuance, but loosely translated, it means “Texas win the game.”

The University of Texas men’s basketball team will be exposed to a completely different cultural experience as the Longhorns spend next week in the People’s Republic of China. Coach Shaka Smart’s team is flying 7,500 miles to play its season opener against the University of Washington in Shanghai.

“We’re excited,” Smart said. “When we get back, everyone on our team will have gained some really valuable personal and team experiences, both on the court in the game and off the court as well.”

Smart may be one of the few Longhorns excited about this trip, though. The universities of Texas and Washington are taking completely different approaches to their preparation. Washington’s players went through a two-week course and learned to speak basic Mandarin. The school president is making the overseas trip, along with a host of other high-profile officials, including two former state governors.

UT did little cultural prep work with its players, compared with Washington. UT officials declined to take the course curriculum designed by its Washington counterparts. The Horns have no concrete plans to take sightseeing excursions, other than what’s on the official itinerary. Essentially, Texas is going as Washington’s opponent.

“This is an experiment,” said UT President Gregory L. Fenves, who had planned to make the trip when he was UT provost but changed course after ascending to the president’s office this summer. He’s now looking at a possible trip to China next summer or fall to engage alumni and explore outreach possibilities.

Mercedes-Benz Arena in Shanghai is an NBA-styled venue, and ESPN will broadcast the Texas-Washington game nationally stateside like it would any glamour matchup. But this is no ordinary game. That’s just how Pacific-12 Conference Commissioner Larry Scott envisioned it.

Scott wants to establish a Pac-12 stronghold on the western side of the Pacific Rim. Multiple teams have gone on foreign tours, playing exhibitions against Chinese professional teams. But this will be the first regular-season, intercollegiate game featuring U.S.-based teams ever played in China.

“Finally after three years of exhibition games, tours and developing and know-how, it’s a leap we are ready to take,” Scott said.

But is Texas ready?

Patterson was fired in September, and now Texas may not participate in international athletic events like this for the foreseeable future.

Big 12 Commissioner Bob Bowlsby said he’s had preliminary discussions about playing football in Mexico, another international spot Patterson had his eye on.

More athletic departments are exploring international competition than ever before, whether Texas is ready or not. But China is certainly different. “To some extent, we’ll all be interested to learn about (Texas’) experience,” Castiglione said.

Making it a positive

At the time the Pac-12 contract was signed, then-Texas coach Rick Barnes was intrigued because of this game’s unique structure. Now, UT has a new president, athletic director and coach — three men who do not share the same collective appetite.

“Certainly this was done under previous administration,” Fenves said. “Long term, I do want to have a stronger development in Asia, especially in China.”

“To me, it will be the experience of a lifetime, both culturally and aesthetically,” said Plonsky, who has traveled internationally throughout her career. “If they think New York and Dallas is large, wait until they see Shanghai.”

Smart, hired in April long after the game contract was signed, wants to make the trip as positive as possible.

The team was scheduled to leave Austin early Saturday morning and be gone a full week. Administrators and coaches are concerned about missing so much class time in a key stretch of the fall semester. A full-time academic tutor is traveling with the team, just as they do on some — but not all — Big 12 road trips.

“In terms of our academic support folks, they’ve been helpful as they can possibly be,” Smart said. “It’s just this is uncharted territory with missing this long of a stretch during the school year.”

Smart is worried about his team’s eating habits and overall strength level. The trip will also cause him to be out of the country on Wednesday, the first day recruits can sign a national letter of intent.

Oh, and there’s an actual game that counts in the standings, Smart’s first at UT. Non-conference games are usually staffed by officials from a neutral league. In this case, the Pac-12 is providing officials in what is being billed as “The Pac-12 China Game.”

Still, those are minor details in the larger scope of this opportunity, administrators from both schools said.

“I know our guys don’t really understand the magnitude of this trip for a lot of reasons,” Washington coach Lorenzo Romar said. “But they will brag about this to people after the fact. They will talk about this for years to come.”

The genesis of this entire escapade began with Scott offering it to every Pac-12 member. Washington jumped at the chance. The Seattle-based university has 3,838 Chinese students, including more than 2,900 undergraduates.

At Texas, the percentages are flipped. UT has 932 graduate students from China and 1,201 total. UT has 413 Chinese faculty, scholars and researchers, by far the largest non-U.S. citizenship group.

International studies are a core part of Washington’s university history. The faculty established the Department of Oriental Subjects in 1909.

Cauce openly admits this trip is a chance for Washington to expand its brand. “But this is a real educational experience for our student-athletes, and this is really an opportunity to build partnerships that will benefit our students and the region,” she said.

To receive full course credit toward their degrees, the Huskies players must lead a mid-week sightseeing trip that begins in Hangzhou, China.

The Huskies plan on visiting a Buddhist temple and one dedicated to General Yue Fei, a national folk hero who led the Southern Song dynasty in the early 1100s. The current temple is believed to have been constructed in 1715.

“I thought the theme of warfare would be good for the players,” Wong said. “His loyalty to China was tattooed on his back by his mother. And there’s a statue of the two people who betrayed the General.

“It’s a great story, especially for young college guys,” he added. “It’s a great tale about loyalty, revenge — you know, all the good stuff.”

Both teams are also scheduled to meet Jack Ma, the chief executive of Alibaba Group, which oversees a consortium of Internet-based businesses.

Washington offered its course curriculum to UT officials but was turned away, administrators at both schools confirmed.

All degree-worthy coursework must be approved by UT faculty. It was decided that approving a special two-week course for one special event wasn’t worth it, several UT officials said.

“Our university, frankly, is structured very differently,” Plonsky said. “I understand the question of faculty who say, ‘Do you really need to miss a week of class to do this?’ In hindsight, could things have been done a little tighter, a little better, absolutely so.”

Washington officials are going all-out. They created a web site to advertise all the UW events happening in China that week.

Cauce is giving a speech at UW’s partner university in Beijing. They’ve scheduled what’s being called an Innovation Summit on Friday afternoon in Shanghai. UW will also hold a reception for alumni after the game at Mercedes-Benz Arena.

The Shanghai chapter of the Texas Exes will hold a barbecue dinner on Friday night. The Exes have had 137 ticket requests for the game. The arena will be configured to hold 7,000, one Pac-12 official said.

No matter what happens during the week, both teams will be ready come game day.

“If you think about the opening of China, there were ping-pong games associated with that,” Cauce said. “We talked about ping-pong diplomacy. This is basketball diplomacy.”

Texas vs. Kansas: Matchups that matter