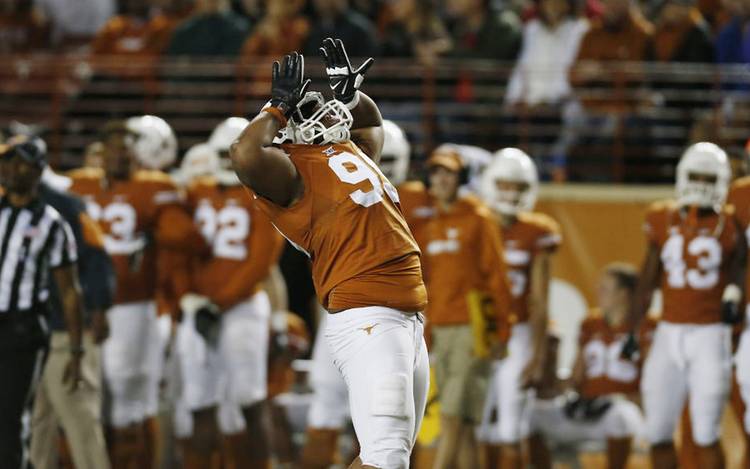 On Saturday morning, we asked four questions about the Texas-Kansas matchup.

WHICH FRESHMAN WOULD PLAY MORE?

Hello, Kirk Johnson and DeShon Elliott. Both Jay Norvell and Vance Bedford said they wanted to play more freshmen in this game. They did. Elliott had the biggest impact among the new faces, with a pair of interceptions. Johnson had five carries for 18 yards. Wide receiver Ryan Newsome had his first career catch, and he finished with three.

HOW MANY SACKS DID TEXAS GET?

DID THE LONGHORNS SCORE FIRST?

Texas vs. Kansas: Horns up, Horns down, plays of the game

Texas vs. Kansas: Third and Longhorns