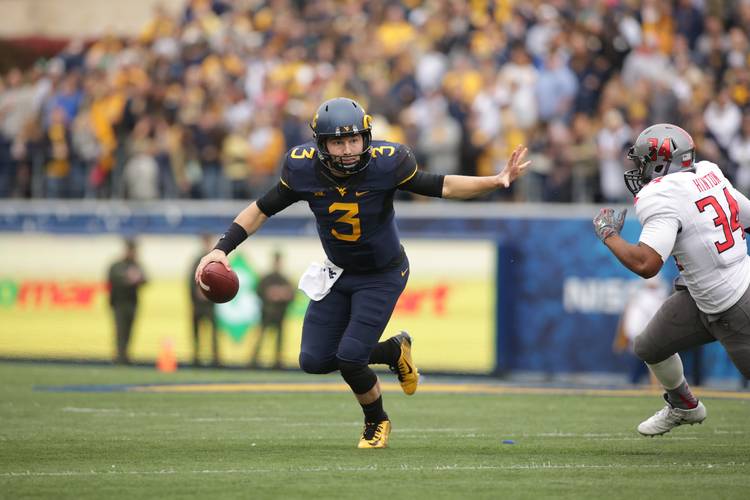 Each week of the season, the American-Statesman will interview the beat writer of Texas’ opponent. This week, the Charleston Gazette-Mail’s Mike Casazza — @mikecasazza — offers insight on Saturday’s Texas-West Virginia matchup:

When did West Virginia become a running team?

It wasn’t overnight like the week’s headlines suggest, and let’s not pretend Texas Tech didn’t have a huge hand in all of this, but I would argue it began after the very first Big 12 game in 2012. WVU beat Baylor 70-63, and 656 yards and eight touchdowns through the air nearly wasn’t enough. Dana Holgorsen very quickly realized he wasn’t going to win a whole lot relying on having better quarterbacks and receivers and more explosive plays, and that he’d need to find ways to control the game. But that was on his mind anyhow. Remember, he rode shotgun with Mike Leach, and what did the Red Raiders ever really do before that win against Texas, when Dana was at Houston? Two offseasons ago, the Mountaineers hired an offensive line coach from Stanford, and people here suddenly discovered guards can pull and lead the way as blockers in the run game. Getting Rushel Shell as a transfer from Pitt helped move this along, but the major reason it looks the way it does this season is because of the quarterback run game, and that’s a bandage for what’s merely an average passing game.

Assess the damage from the brutal 0-4 stretch against Oklahoma, Oklahoma, State, Baylor and TCU.

They’re beat up, for sure, but I don’t think their physical condition is unique or even that unusual. Losing Karl Joseph was enormous, and Baylor and TCU exposed some of WVU’s subsequent concerns it hoped it could hide until it figured out who to use and how to proceed without Joseph. I think the collective confidence was shaken most, though. The defense was supposed to be the strength, and it had some bad games. The offense was supposed to be better, and it couldn’t keep up with the best teams in a conference that requires and rewards offenses that keep up. WVU thought it could compete for the league title this season. Figuring out in October that it could not was a blow it needed time to get over.

What do you make of the Dana Holgorsen-to-Miami chatter?

Significantly. This is some Kevin Bacon stuff, but here goes: WVU elevated his backup to starter at that bandit spot and then moved the team’s third cornerback over to the backup bandit role. So now they’re without their best guy, they’re starting a career backup and they’re backing him up with the top backup cornerback. The secondary was a little green and uncertain, so the defense wouldn’t blitz as often or effectively when that’s been a big part of their identity.  They go to Baylor and after the second series have to sit a starting cornerback because he can’t cover Corey Coleman. So now the fourth cornerback takes the field, WVU has to play mostly zone and Coleman scores again. Then the  other starting cornerback picks up a shoulder injury and doesn’t return to the game. It’s a mess, and the team plays very little nickel … against Baylor! They go to TCU, and the backup bandit/third cornerback misses the game with a death in the family and the starting cornerback who hurt his shoulder against Baylor doesn’t make it through the first half. There are backups are all over the field and the defensive coordinator realizes it’s not smart to blitz. Trevone Boykin goes crazy. They play host to Texas Tech, the injured cornerback can’t go, another backup safety who’d been playing more misses the game because of a death in his family, the backup bandit/third cornerback starts at cornerback and the Mountaineers stifle the Red Raiders. They’re not bad when they’re not in bad shape. They just haven’t been in good shape for a while and won’t be in great shape without Joseph.

Finish this sentence: Within the opening five minutes, you’ll know West Virginia came to play if …

Texas vs. West Virginia: The Eyes of Texas will be upon whom?