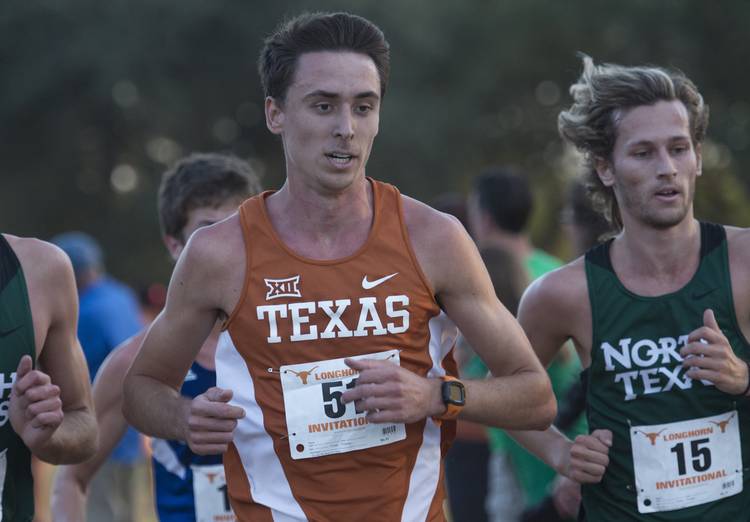 The women are packing cowboy boots for the banquet. Their male teammates went out and bought dress pants.

For the first time since 2012, Texas’ cross country teams are going to nationals together.

“We needed a date to the dance,” men’s runner Brady Turnbull said.

Neither squad is expected to make serious noise this Saturday in Louisville, but that isn’t dampening their enthusiasm. The men, led by Turnbull, the only senior in the lineup, are taking stabs at growing facial hair. In running circles, the postseason ritual is known as ‘Stachies at Nashies’ and, frankly, the Longhorns aren’t very good at it.

“There’s not really a guy on our team that has great facial hair,” Turnbull said.

The men punched their ticket with a runner-up finish to Arkansas last week at regionals in College Station. Turnbull was seventh overall, and second on the team to Jacob Pickle, who took fifth.

The men, who are lingering just outside of the nation’s top 30, had expected to qualify. The women, on the other hand, had some work to do, particularly after finishing a dismal 40th at pre-nationals last month in Louisville. Sandie Raines had the high finish for the Longhorns at 80th, and no other team member crossed the finish line until Connor Ward at 181st.

“We have definitely taken huge strides since then, obviously, and we’re a completely different team,” Mary Beth Hamilton said.

Ranked fourth in the region, the Horns used a pack mentality to jump two spots to second. Hamilton (16th), Hanna Grubb (17th) and Raines (18th) all finished within three seconds of each other, and Texas edged SMU 105-132 for the final qualifying spot behind Arkansas.

“Our No. 1 goal was to find each other and get up there together and get as many in the top 25 as possible,” Hamilton said.

Aiming for the women’s title are New Mexico, Colorado and Arkansas. The men’s race figures to be sorted out by Colorado, Syracuse, and maybe Stanford and Big 12 champion Oklahoma State.

This will be the final cross country race for Turnbull, who has one year of track eligibility remaining. He finished No. 191 at last year’s meet, and the Longhorns, behind four seniors, turned in a 26th place finish.

On the women’s side, the Horns acquired Destiny Collins, of Great Oak, Calif., who is ranked No. 1 in the nation in both the one mile and two mile.

“She’ll be a force to be reckoned with,” Herbster said.

The men picked up Collins’ high school teammate, Spencer Dodds, who is ranked No. 22 in cross country, as well as Garek Bielaczyc, of Salt Lake City, who is No. 18. Joining them is Class 6A cross country champion Daniel Golden of The Woodlands.

Swimming awards: The Big 12 named Joseph Schooling and Rebecca Millard their swimmers of the week and Cory Bowersox and Meghan O’Brien their divers of the week.

Schooling, a three-time NCAA champion, posted the nation’s top times in the 100-yard butterfly (46.08 seconds) and 200 butterfly (1:43.76) in a win at No. 5 North Carolina State. Boersox swept all four springboard events in wins at No. 12 North Carolina and N.C. State.

O’Brien and the Texas divers open competition Thursday in the UT Diving Invite.