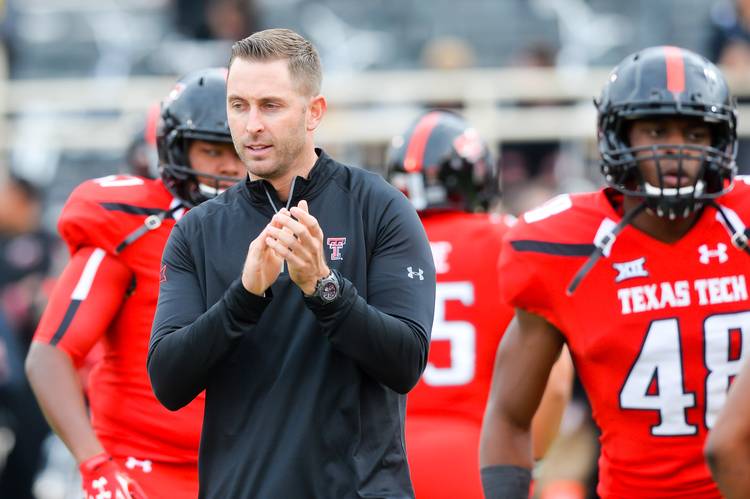 Each week of the season, the American-Statesman will interview the beat writer of Texas’ opponent. This week, the Lubbock Avalanche-Journal’s Don Williams — @AJ_DonWilliams — offers insight on Thursday’s Texas-Texas Tech matchup:

The belief was Tech’s defense would improve under new coordinator David Gibbs. Why hasn’t that happened?

They’re playing with many of the same players who comprised bad defenses in the past, so expecting a major turnaround probably wasn’t realistic. There’s not a culture of success or great individual talent, which makes it tough to play very good defense in the Big 12.

Maybe that can change over the next few years. Three freshmen in the front seven —  defensive tackle Breiden Fehoko, linebackers Dakota Allen and D’Vonta Hinton — offer some hope. They’ve played a lot and been productive.

One of the reasons for bringing in Gibbs was his teams at Houston came up with 73 turnovers the last two years, most in the FBS during that time. His emphasizing takeaways has yielded some results. Tech’s gone from tied for 107th in turnovers gained last year with 15 to tied for 17th this year with 22 with two games remaining.

The points allowed column is nearly identical, though.

Tech is coming off its first bye week, and it wasn’t even a full bye week. Do you sense this team is tired?

Not necessarily. Tech had a good chance to beat Oklahoma State in week nine and just couldn’t finish, and played one of its best games against Kansas State in week 11. The Red Raiders started strong and built big leads in both games. The fact they didn’t play well down the stretch in both games probably has more to do with their talent and depth than lack of an open date. Players and coaches haven’t really said much about that being an issue.

I think the results are simply based on this team’s flaws. I predicted before the season Tech would go 6-6 or 7-5 based on the talent level and the holes in certain spots, and that’s the way it’s played out.

Former Tech QB Baker Mayfield might win the Heisman at Oklahoma. Yet Pat Mahomes is arguably the Big 12’s most productive passer. Are fans OK with what Mahomes has brought to the offense or do they wish Mayfield was still around?

Tech fans love Mahomes and won’t be sending Mayfield any Christmas cards. Baker burned his bridges with many — I think probably most — Tech fans in several ways:

1) Believing he had done enough to win the quarterback job before the 2013 Holiday Bowl when he’d had a couple of dud games in November that year.

2) Going scorched-earth on Kliff Kingsbury when he transferred.

3) The assertion that he wasn’t going to be placed on scholarship in a timely fashion. That’s always been a he-said, she-said (he-said, he-said?). Scholarship numbers vary from year to year and semester to semester, but considering Kingsbury placed four fringe players on scholarship in August this year, I suspect he’d have found one for the 2013 Big 12 offensive freshman of the year.

4) The thing his father’s said since about Kingsbury.

Mahomes has taken a lot of heat off Kingsbury, who was really under the gun after Mayfield and Michael Brewer left. Now that Mahomes is third in the FBS in passing yards and total offense, Tech fans wouldn’t trade him for Mayfield after what all went down.

Where does this Tech offense stack up against those from the Mike Leach era? Better?

It’s been a good offense, but not better than Leach’s best ones. This team’s second-leading receiver, Devin Lauderdale, has 39 catches for 555 yards and four touchdowns and had a true freshman start in his place two weeks ago. The Red Raiders haven’t gotten as much as they’d hoped this year from any receiver outside of Jakeem Grant, who’s been their best by a wide margin.

Contrast that with the 2003 Tech offense that had B.J. Symons throwing 52 touchdown passes and the four starting receivers — Carlos Francis, Wes Welker, Mickey Peters and Nehemiah Glover — all had at least 68 catches, 800 yards and eight touchdowns. Or the 2007 offense that had Danny Amendola, with 103 catches and nearly 1,200 yards, playing second fiddle to Michael Crabtree.

But the number of reliable weapons isn’t as many as with Leach’s best teams, not to mention this offense hasn’t been nearly as productive on the road as at home.

With six wins, Tech has landed a bowl berth for the second time in Kliff Kingsbury’s three seasons. Is this program on the right track?

I think so, but next year will be a challenge with all the seniors this team loses on both lines, plus Washington and Grant. It’ll be up to Mahomes and some of the young talent on defense to keep the Red Raiders from slipping back.

The program needs some stability after Tommy Tuberville’s short tenure and the yearly turnover at defensive coordinator for almost a decade. David Gibbs has experience, and Tech needs him to stick around for a few years.

Mike Gundy’s tenure at Oklahoma State and Art Briles’ tenure at Baylor both took off in year four, so that’s what Tech has to hope for with Kliff Kingsbury. He’s going to get some time with the contract extension that carries him through 2020 and a huge buyout — huge by Tech standards, at least: $12.7 million after this year, $9.4 million after next year, $6.8 million after 2017.

Texas vs. Texas Tech: The Eyes of Texas will be upon whom?