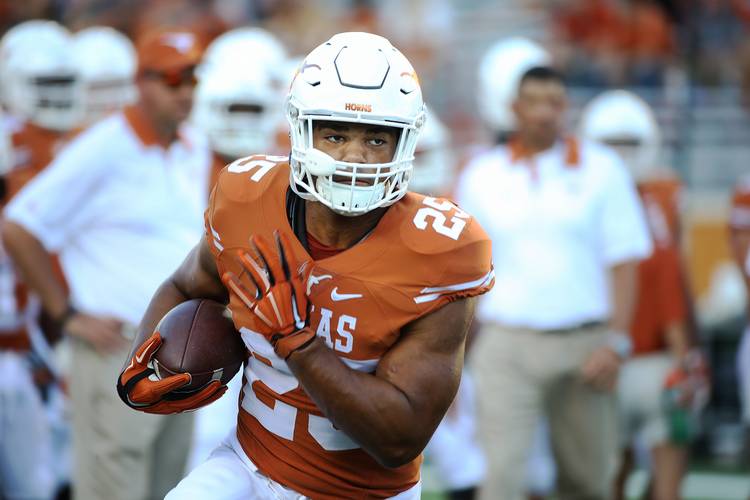 For UT to win, he should plan on it. Yes, Warren, a freshman, hasn’t had more than 26 yards in a game, but he has two things going for him — D’Onta Foreman (finger) is out and Johnathan Gray (foot) is iffy. Additionally, Tech has allowed at least 300 yards on the ground in five of its 11 games. Ten different ball carriers have eclipsed 100 yards against the Red Raiders, and that does not count two others who stopped at 99. In short, Warren or freshman Kirk Johnson should be able to crack triple digits.

2. Can Texas’ defense get off the field on third down?

This area is a concern for the Longhorns. Texas ranks 120th nationally on third down defense, which is particularly troubling since Tech leads the nation in third down conversions (53 percent, 91 of 170). Giving up minimal yardage on early downs will be key to Texas getting stops and getting off the field.

3. Will Texas continue to commit turnovers?

This hadn’t been a problem until last game when the Longhorns gave away the ball five times in a loss at West Virginia. It was only their second multi-turnover game, and their first since Cal in week three. Tech has not done many things well on defense, but takeaways has been a strength. Its 22 forced turnovers average out to two a game.

4. Which senior will impress in his final home game?

The front-runner is linebacker Peter Jinkens, who will look to close out a breakout season in style. Wide receiver Daje Johnson has been quiet of late, but he should be able to find creases in a Tech secondary that isn’t always enthusiastic about hitting. Maybe Nick Rose will make a big kick. Or Gray will be able to play after all. Has Duke Thomas been waiting till now for his first interception?