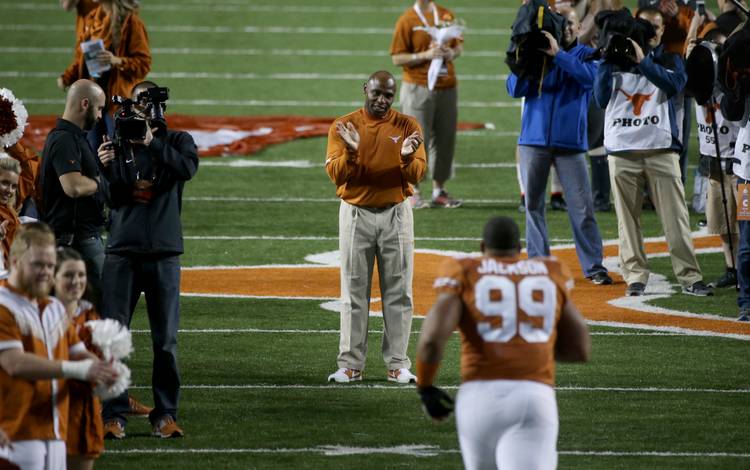 Twenty-two Texas seniors dressed for their final home game in Thursday’s 48-45 loss to Texas Tech. Before the game, they took part in an on-field celebration with their family members.

“Obviously, you get the feels when you think about the last time playing somewhere, end of an era,” center Taylor Doyle said. “But you always have the relationships you’ve built here that will last for a lifetime.”

Doyle was among four seniors who represented Texas at the coin toss, joining Duke Thomas, Sedrick Flowers and Johnathan Gray.

Backup kicker Nick Jordan, who has a year of eligibility remaining, walked out with the seniors, so he apparently is not coming back next season. Jordan was in line to take over for senior Nick Rose.

Short yards: Tech’s DeAndre Washington became the first Red Raider to rush for 100 yards against Texas since 1998. Washington had 173 yards. … Longhorns safety Dylan Haines picked off his fifth pass of the season and returned it 16 yards. His 200 career return yards are second most in program history. … Texas is now 59-26-3 and 41-14-1 on Thanksgiving.

With help from above, Texas Tech’s Jakeem Grant pulls in stunning TD catch