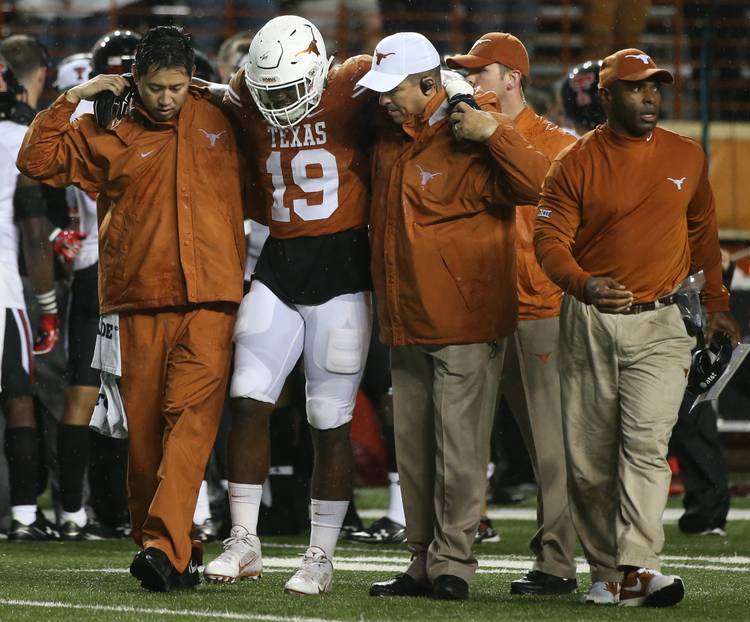 Texas linebacker Peter Jinkens is walked off the field with an injury against Texas Tech during the first half at Royal Memorial Stadium on Thursday, November 26, 2015. DEBORAH CANNON / AMERICAN-STATESMAN

This marks a rough finish to an otherwise productive season for senior linebacker Peter Jinkens, who tore his ACL against Texas Tech, according to defensive tackle Tank Jackson.

“He said he’s gonna bounce back from it,” Jackson said.

Jinkens had been having an All-Big 12 caliber season, registering a team-high 75 tackles and ranking sixth in the conference with 6.5 sacks.

Short yards: According to a report by 247Sports, former Texas coach Mack Brown is interested in the Virginia opening. UVA parted ways with Mike London on Sunday after six seasons. … Texas DT Tank Jackson said he spent three days in the hospital last week with a lower intestine infection. He did not play against Texas Tech but said “I’m ready to go” for Baylor.