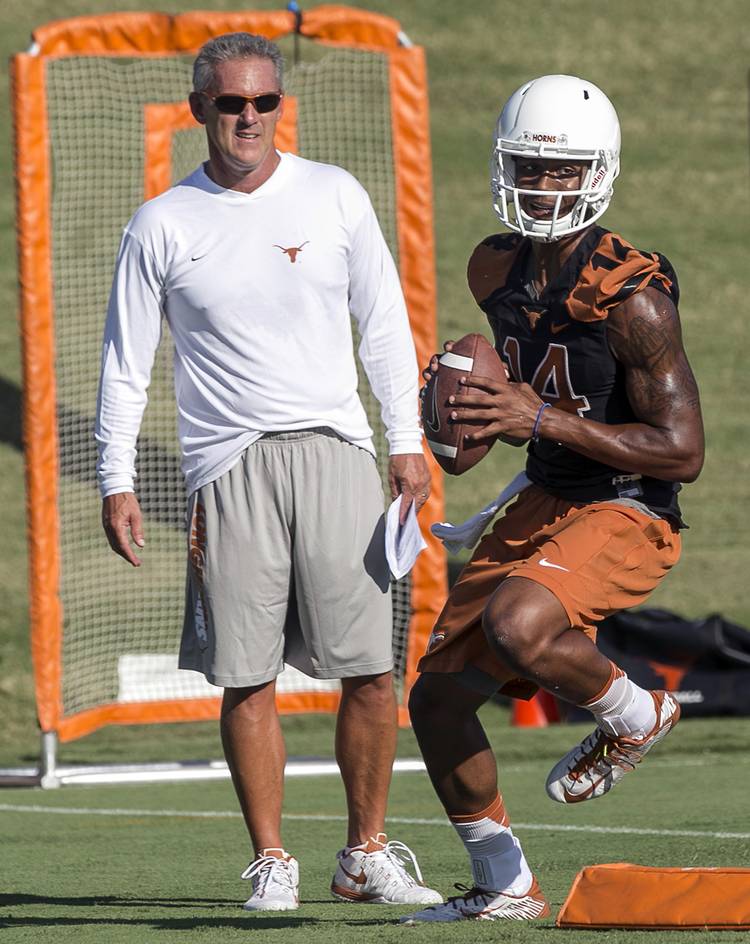 If something happens to Tyrone Swoopes on Saturday, Texas’ coaches will have a tough decision to make on who to play at quarterback.

It could be Jerrod Heard, but that’s dicey since he’s coming off of a concussion. Trey Holtz, a walk-on, isn’t a desirable option, either.

What about freshmen Kai Locksley or Matthew Merrick?

Play-caller Jay Norvell said “it’s not ideal” to remove redshirts in the final game of the season, but he also didn’t rule that out the possibility of Locksley or Merrick playing in an emergency.

“That’s something that we’ll look at, but they are here on scholarship,” he said. “If it comes to that, that’s a decision we’ll have to make.”

Chances are it won’t be an issue, as Swoopes’ durability has never come into question.

Swoopes back at starter, having more fun