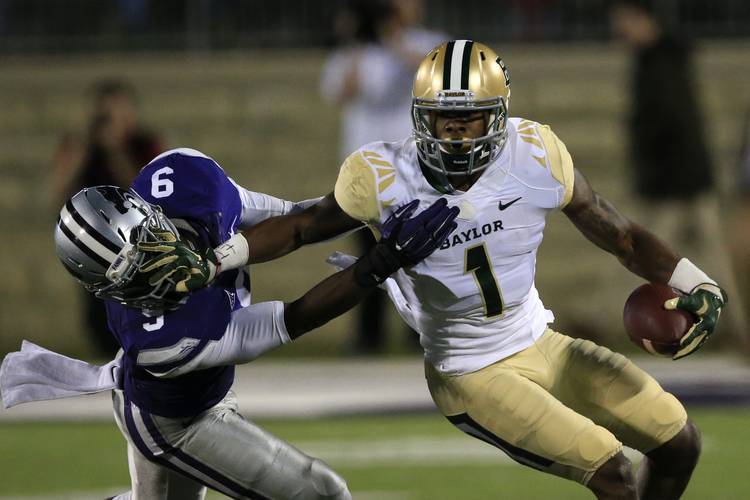 Each week of the season, the American-Statesman will interview the beat writer of Texas’ opponent. This week, our own Suzanne Halliburton —@SuzHalliburton — offers insight on Saturday’s Texas-Baylor matchup:

How much of a dropoff is there on offense between the first and third-string quarterbacks?

We should probably make it clear that when Seth Russell was starting, Baylor was the best team in the Big 12. When Jarrett Stidham was starting, the running game was tweaked a bit because he wasn’t much of a running threat. Chris Johnson can run. He also has a nice arm. But it’s unclear how much command Johnson has in the passing game. The weather conditions for his first start were horrid. He’ll have a nice day in Waco.

How might this season have played out differently had Russell not gone down with an injury?

See above. Russell was really good. He could get the ball into the hands of his best receivers and he contributed in the running game. His athleticism was in the same neighborhood as Robert Griffin III. With Russell at quarterback, I don’t think Baylor would’ve lost at home to Oklahoma.

In your opinion, should Corey Coleman be invited to New York for the Heisman ceremony?

Coleman was at the top of my ballot when November started. But he has been quiet, statistically, as Baylor has been forced to change quarterbacks. This could be his last game in Waco if he turns pro. I read one mock draft that listed him as a late first-round pick. He’s not going to get an invite to New York, unless he has a monster day against Texas. And that could happen. Or, Texas could pay so much attention to Coleman that KD Cannon or Jay Lee could see some huge stats.

Does first-year OC Kendal Briles have complete autonomy in play-calling or does he defer to his father, Art Briles?

The younger Briles calls the plays. But his dad is in control and can overrule. Look at it this way: Kendal Briles played quarterback for his father. He grew up in the system. They’re one and the same in football.

Did the gauntlet of Oklahoma/Oklahoma State/TCU take something out of this team?

Health-wise, yes. It cost them Stidham, who hurt his back against Oklahoma, then broke a bone in his ankle against Oklahoma State. Tailback Shock Linwood has a bad ankle. Orion Stewart, Baylor’s best defensive back, also was injured during the stretch. He could be back for Texas. The Bears rebounded from the OU loss by thumping Oklahoma State on the road. TCU was just a strange game played in horrible conditions.

Texas vs. Baylor: Matchups that matter