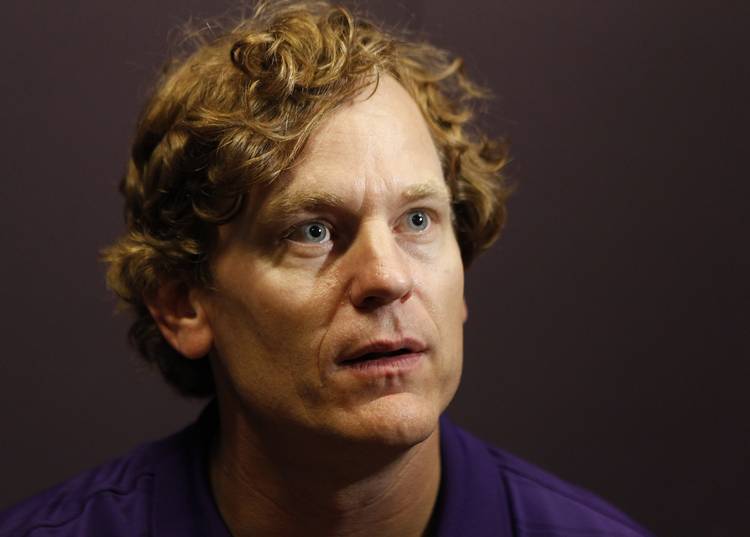 Texas head coach Charlie Strong’s pursuit of Sonny Cumbie continued for a second straight day on Monday, but apparently ended without a deal in place to hire TCU’s co-offensive coordinator to run the Longhorns’ offense.

A source close to Cumbie told the American-Statesman that Cumbie visited Texas’ campus on Monday and met with Strong about becoming Texas’ offensive coordinator. It reportedly was the second discussion between Strong and Cumbie in less than a day, as both 247Sports and Horns Digest reported that Strong was in Fort Worth on Sunday evening interviewing Cumbie.

By all appearances, Cumbie, 34, is Strong’s top choice to fix Texas’ offense, which is ranked No. 92 nationally heading into the bowl season after finishing 113th in 2014. After Saturday’s win at Baylor, Strong told reporters that he would meet with his coaches this week to discuss their futures with the program.

Cumbie, a former Texas Tech quarterback, has worked the past two seasons at TCU, where he helped turn Trevone Boykin into one of the nation’s premier quarterbacks and helped install the Air Raid system with primary play-caller Doug Meacham. After finishing last year as the nation’s No. 5-ranked offense, the Horned Frogs are No. 3 entering a matchup against Oregon in the Jan. 2 Alamo Bowl.

It’s easy to see why Strong may be fascinated with the Air Raid. TCU, Texas Tech and Oklahoma run versions of the Mike Leach-bred system, and all three are ranked among the nation’s top seven offenses. Though the Air Raid is just as it sounds and is built on passing, TCU, Tech and OU all produced 1,000-yard rushers.

According to a source, Cumbie makes roughly $700,000 at TCU, a private school which is not required by law to publicize employee salaries. That’s nice pay for a non-playcaller, and exceeds the salaries of all but one Texas assistant, defensive coordinator Vance Bedford, who brings in about $800,000 per year.

Cumbie’s track record as a coordinator is limited, and he has not held that role since the 2012 Meineke Car Care Bowl when he was the interim play-caller for Texas Tech in a 34-31 win over Minnesota.

Ideally, Strong would like to have Cumbie or someone else in place by this weekend when several recruits, including Longhorns quarterback commitment Shane Buechele, take their official visits to Texas. Buechele, the state’s top quarterback from Arlington Lamar, has signed scholarship papers to enroll at Texas next semester but can still back out.

Left twisting during Strong’s chase of Cumbie are several of his offensive assistants. Shawn Watson (quarterbacks), Joe Wickline (line) and Tommie Robinson (running backs) are all in the final seasons of two-year contracts and may be on their way out.

Receivers coach Jay Norvell, who took over for Watson as play-caller in week two, has one more year remaining on a contract that pays him $355,000 annually. Tight ends coach Jeff Traylor has one year left on a contact that pays him $245,000.

Ricky Williams, on his Hall of Fame journey: ‘I believe it’s an adventure’