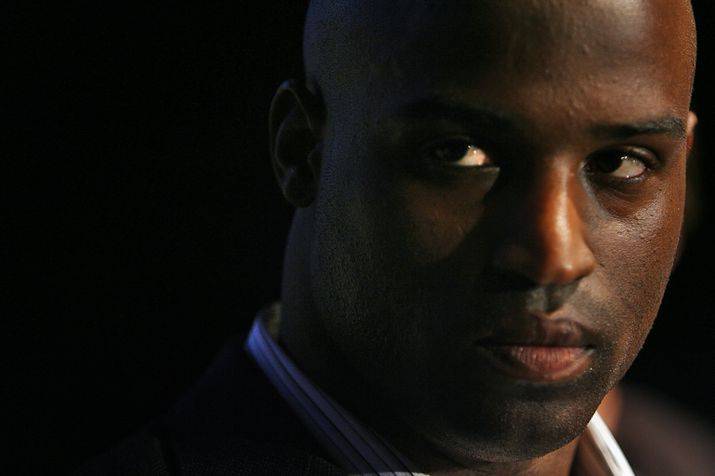 NEW YORK — The formerly enigmatic Ricky Williams ran for an NCAA-record 6,279 yards at Texas and another 10,009 yards in the NFL. The most important yards for his post-football career, though, were the 1,121 he gained in his 2009 comeback season.

That was the start to rehabilitating his image that had been sacked by positive marijuana tests, his 2004 NFL suspension and his overall aloof personality. There also was his stint coaching running backs at Incarnate Word in San Antonio that helped rebuild his brand name.

If you don’t believe that, ask Rashaan Salaam, Colorado’s 1994 Heisman winner. Ironically, both Williams and Salaam were identified with marijuana use in the NFL and both are from San Diego high schools. Salaam never tested positive for marijuana, but he is still waiting for a Hall of Fame call despite his 2,055-yard season of 1994.

“My whole thing in life and football, I believe it’s an adventure. And so I’ve tried to live it that way,” Williams said Tuesday. “I’ve had some ups and I’ve had some downs. But in the end they contributed to the man I am today.

“And it’s great. It’s great the way I’ve been welcomed back at the University of Texas. They put a statue up. And I do some work for the Longhorn Network covering the team. It’s great to be able to take my experiences and give back to the younger generations. And I look forward to spending the rest of my life doing that.”

Local radio personality Bucky Godbolt, the former Texas running backs coach who recruited Williams from San Diego under former Longhorns head coach John Mackovic, broadcasted his part of the “B&E Show” from the Waldorf Astoria on Tuesday. He marveled at the new Ricky.

“You could hold a lot against Ricky until you sit down with him and have a conversation and get to know him,” Godbolt said. “I’ve known the ups and downs of Ricky. He was on California time at Texas and would miss meetings. Ricky has grown up. He’s a good father and he’s involved in Austin as a good citizen. I couldn’t be more proud of him.”

Williams’ statue at DKR was erected for his Heisman and much more. He led the nation in rushing twice and set 21 NCAA records as a Longhorn. They included career rushing yards (6,279), rushing touchdowns (72) and all-purpose yards (7,206).

Williams clearly enjoyed himself at Tuesday morning’s press conference before the National Football Foundation’s evening dinner and enshrinement ceremonies. Seated next to him was Snyder, who was coaching at Kansas State when Williams starred for the Longhorns.

Williams had discussed his Heisman season and was about to turn the microphone over to Snyder. But he pulled it back, adding: “I also want to say that year, the only team to hold me under 140 yards was Kansas State.”

That drew laughs that you never heard Williams generate in his playing days.

In his comments about that magical 1998 season, Williams explained what motivated him for his senior year, which was the first at Texas for Mack Brown. Williams recalled he was sitting in UT sports information director John Bianco’s office, thumbing through a preseason college football magazine.

“So coming back my senior year, it took a lot of trust in my team, in my new head coach, Mack Brown, to be able to accomplish my individual goals. To win the Heisman Trophy I knew my team needed to win. And, again, I just took so much trust. I was risking harm to my NFL future.

“And the team stepped up. Coach Brown did a wonderful job calling plays, giving me the ball and really bringing our team together. So it was awesome. It was something I needed the whole team to accomplish.”

Who knew Williams could be so motivated by goals?

Who knew he could be so loquacious?

We never knew until the new Ricky Williams told us on his Hall of Fame day.

Strong, Cumbie discuss Texas’ opening, but deal not in place