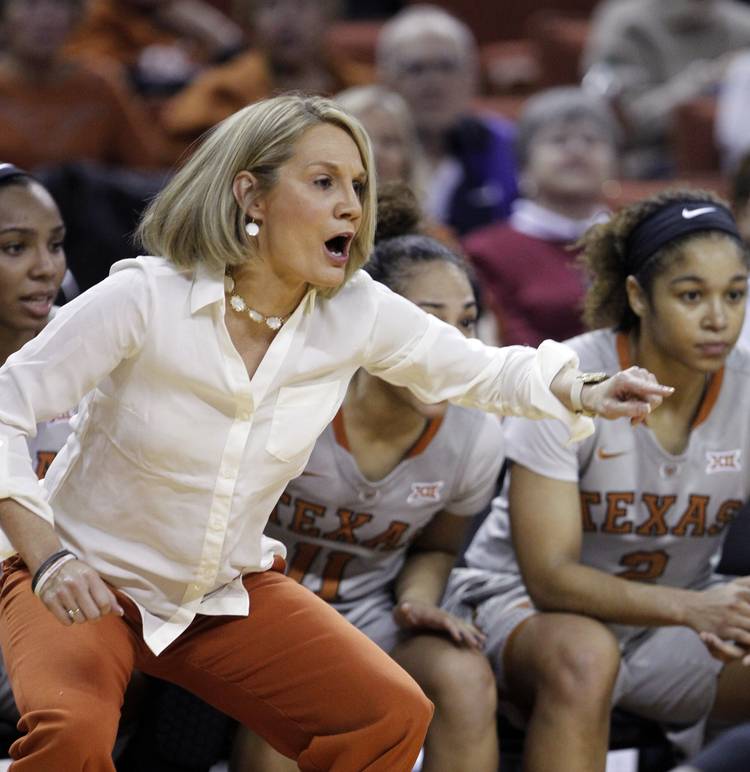 Who let the guards out?

On Sunday, No. 5 Texas unleashed a feisty backcourt that paved the way to a 77-69 victory over Stanford before 3,942 fans at the Erwin Center.

No one played any better than senior guard Empress Davenport, who poured in a career-high 23 points while collecting 6 rebounds and 3 assists. Guard Brooke McCarty contributed 12 points and backcourt teammate Celina Rodrigo scored all 11 of her points in the second half as the Longhorns improved to 8-0.

Coach Karen Astin said her guards were the difference in the see-saw game.

“Our guards have a certain confidence about them that I haven’t seen since I’ve been here,” the fourth-year coach said.

Stanford led 9-7 midway through the first quarter but consecutive field goals by McCarty and Davenport put the Longhorns in front to stay. Texas led 39-32 at halftime and led by as many as 13 points in the second half before settling for the eight-point victory.

A team that possesses one of the tallest frontcourts with 6-7 Imani Boyette and 6-5 Kelsey Lang has relied heavily on its guards to stay unbeaten.

“Last year I think our guards were all hesitant,” said McCarty, a sophomore. “We weren’t really scorers. We were just trying to get the ball to the open person and let them shoot. This year we have confidence that our guards can shoot the ball, too.”

Texas, which outrebounded the Cardinal 44-29, proved scrappy in the paint too.

Texas freshman Jordan Hosey and Lang scored on in-bounds passes with just 1 and 2 seconds left on the shot clock, respectively, for critical buckets in the first half. Aston said her team has matured in being able to “execute plays properly” in difficult situations.

“Our defense let us down, ” VanDerveer said. “We didn’t force them into any mistakes; they had some good look. We had some nice runs to get close, and then let it get away.”

Perhaps the game’s critical sequence came after Stanford cut UT’s lead to 52-48 on a layup by guard Lili Thompson and a three-pointer by guard Briana Roberson late in third quarter. After Aston called a timeout, Texas outscored Stanford 7-0 in the last two minutes of the period on a three-pointer by Rodrigo and consecutive hoops by Davenport to give the Longhorns 59-48 left in the period.

Texas maintained a comfortable lead in the fourth quarter to ice the victory.

A senior, Davenport is looking for a deep run in the NCAA playoffs come March.

“This is the best team I’ve played on in my four years here,” the Duncanville High graduated said. “Everyone is locked in. Everyone wants to win. Everyone has the same goal.”

UT returns to the Erwin Center at 7 p.m. Wednesday for a non-conference game against Canisius.