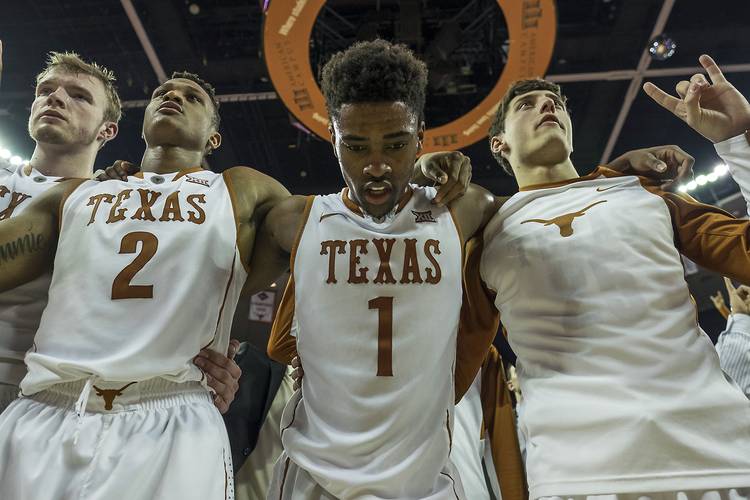 In the bottom-line world of college athletics, Texas’ 60-57 win Tuesday night over Kansas State was a win. Aesthetically, it was two hours of basketball you’ll neither rave about nor remember by lunchtime.

Of course, this came 24 hours after Oklahoma and Kansas staged one of the greatest college basketball games your eyes will ever see. So yes, there’s room for a letdown.

This was a win, Texas coach Shaka Smart should correctly keep telling himself. Good, bad, greatest ever or one of the worst, it was a win. “From a results standpoint, yes,” Smart said.

Knowing the Longhorns (9-5, 1-1 Big 12) must face those same Sooners and Jayhawks soon, you take every victory you can — pretty or not. So forget about that 39.6 percent shooting. And never mind the fact the worst free-throw shooting team in the Big 12 left the door open for the Wildcats to tie it before the buzzer.

“This was a must-win for us. I’m not gonna lie,” said guard Isaiah Taylor, who had 17 points.

Taylor scored 35 points in last Saturday’s loss at Texas Tech. No, the Horns didn’t take the Red Raiders for granted out in Lubbock, Taylor believes. But there was a much greater emphasis on defense the last two days, Javan Felix said, as the Wildcats went 3 for 19 from 3-point range and shot 37.3 percent overall.

Felix hit a jumper, then a 3-pointer from the top of the key and two free throws to give Texas a 53-50 lead with 3 minutes, 17 seconds remaining. Connor Lammert’s 3-pointer gave UT a six-point edge with 1:21 left, but K-State’s Barry Brown answered with one of his own.

If the Horns were better at the line, this thing’s probably over with 33.8 seconds left. But Taylor missed the second of two free throws. Given another chance, he missed the first of a pair. Overall, Texas was 16 for 24 at the stripe.

K-State got two looks at a potential game-tying 3-pointer. Brown missed from the right wing with 5 seconds left. The ball floated back out to him on the left side, only Brown missed again with two ticks left and Lammert grabbed the game-clinching rebound.

The Wildcats (10-4) were the ones slumping into the locker room with an 0-2 league record, not the Longhorns.

“We had good pace on offense, and because of that, we had good shots,” said Felix, who had 14 points. “We weren’t hitting shots early on in the game, mostly through the second half, really. But we stayed patients and poised and kept going.”

Speaking of hold-your-breath-moments, the closing minute was nothing compared to the sight of Prince Ibeh standing still, holding his left knee with 13:14 left in the second half. Ibeh hobbled to the sideline; teammates, coaches, fans and the entire Longhorns’ season went wobbling with him.

Turns out, it was only cramps. Ibeh returned and played much better than he did last Saturday against Texas Tech. The 6-foot, 11-inch senior finished seven points, nine rebounds and a block in a career-high 27 minutes.

“I wouldn’t say more relaxed, but I came out more focused,” Ibeh said. “That was the main thing.”

Smart rotated Ibeh and Shaq Cleare for offense-defense situations. Cleare had four points and three rebounds in 13 minutes. Those two must find a way to produce without fouling. With no Cam Ridley (fractured foot), that’s five less fouls the Longhorns have available.

One bright spot should not go without mentioning. Demarcus Holland, who has been going through a personal family issue, played 29 minutes and looked like his old self for the first time since the pre-Christmas break. If Texas is to get better defensively, Smart needs Holland.

“Really proud of Demarcus,” Smart said. “The way he was able to focus on the game and try to do the best he could, I thought was really big.”

Sterlin Gilbert came to Texas to fix the offense, chew gum — and he’s out of gum