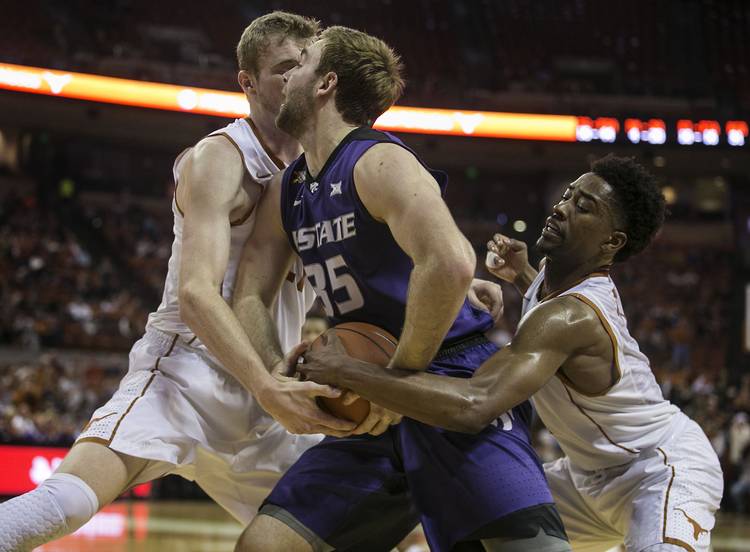 Texas coach Shaka Smart labeled this “Do Your Job” week inside Cooley Pavilion. It’s unclear how many exclamation points were used or whose feelings were bruised for emphasis.

The Longhorns haven’t exactly been doing their defensive jobs in the past three games. Eleven games into the season, Texas’ opponents have shot 38.1 percent. Connecticut, Texas Tech and Kansas State collectively shot 44.7. It’s no coincidence two of those games were losses for the Longhorns.

“Basketball’s a game where your job is a little more complex than maybe other sports,” Smart said during his weekly radio show.

Texas (9-5, 1-1 Big 12) can put this week’s teachings to good use Saturday inside what’s now called Schollmaier Arena at TCU.

The Horned Frogs (8-6, 0-2) are offensively challenged, to put it nicely. Coach Trent Johnson’s club is ninth in the league in scoring (71.9) and ninth in shooting (43 percent). According to Ken Pomeroy’s advanced analytics, the Frogs rank 236th nationally in offensive efficiency. Unlike the TCU football team, scoring has been an issue on the hardwood.

Texas last lost in Fort Worth in 1995, but has since won 11 straight in the series, which resumed in earnest when TCU joined the Big 12. The Horns face the Frogs twice this month; the return game in Austin is Jan. 26. Sweeping the two-game series is critical to Texas’ postseason chances.

“We can’t underestimate anybody,” Longhorns guard Isaiah Taylor said after Tuesday night’s win over Kansas State. “We have a game Saturday against TCU. We’re going to come out there and fight, too.”

Smart’s bunch is due to have a solid 40 minutes on the offensive end. Forced to go with a guard-heavy lineup, Texas will continue to fire up at least 20 3-pointers every night and see how things go. That’s life without the injured Cam Ridley, who was the Horns’ most reliable shooter.

Taylor can’t do it all, try as he might. He has averaged a team-high 24.3 points over the past four games while playing 35 minutes each night. That’s a terrific pace, if he can keep it up. More players must get involved, though.

“You don’t necessarily want your point guard shooting so much where your other guys are standing around,” Smart said.

Taylor is doing his job as the point guard. The Horns need to keep working on other aspects of their game with an interesting stretch ahead of them. Texas gets both Iowa State and Oklahoma State at home next week.