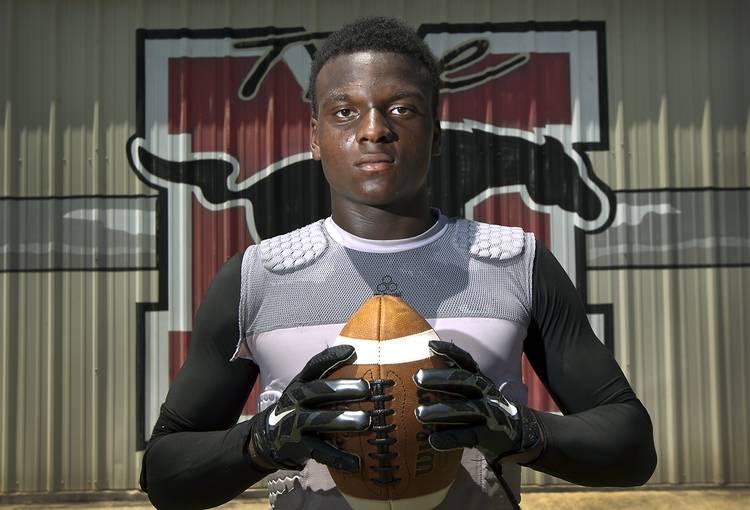 If his family gets its way, Manor linebacker Erick Fowler will back out of his commitment to LSU and sign with Texas.

Fowler plans to explore other schools before signing day, he says, and will visit Texas as part of a major recruiting weekend for the Longhorns on Jan. 15.

But first Fowler has a game to play, and he will join eight other Texans on the West squad for Saturday’s U.S. Army All-American Bowl at the Alamodome. In practices, Fowler has worked at outside linebacker and defensive end, positions that Texas melds into the Fox, a hybrid of the two.

Fowler, the state’s No. 9 player on the American-Statesman’s Fabulous 55, grew up a fan of LSU and singed his family when he bypassed Texas and committed to the Tigers on June 13.

Do they hope he changes course?

Fowler, rated as the nation’s No. 80 prospect according to 247Sports’ composite rating, is a four-star prospect and reports offers from 16 schools.

After averaging 17.5 sacks and 90 tackles over his junior and sophomore seasons, Fowler saw his production dip this past fall. He recorded five sacks and 55 tackles and wasn’t included on the All-Central Texas team after being a first-team choice the previous two seasons. Another Manor senior linebacker, Adrian Hunter, had 97 tackles and was selected to the first team.

Manor won eight games in 2015 and advanced to the Class 5A, Division I playoffs.

“I wouldn’t have it any other way,” Fowler said. “(The seniors) have been playing with each other since sixth grade, seventh grade. I don’t have any regrets. We played our hardest.”

Texas continues to recruit Elliott, who is committed to Michigan, as well as Jackson, an A&M pledge who plans to visit Texas with Fowler and several more marquee prospects next weekend.

“Just really wanting to represent for my family, my friends, for Austin,” Fowler said. “Just show the world what God gave me to give.”

None of the players in the game are committed to Texas, which has 13 pledges in a class ranked No. 34 nationally and fourth in the Big 12. At last week’s Under Armour All-America Game in Orlando, Fla., the Longhorns landed a commitment from four-star offensive tackle Jean Delance of North Mesquite, who is being talked about as a 2016 starter at right tackle.

Delance, the No. 13 player on the Fab 55, is Texas’ highest-rated recruit.

Fowler could join them.

What will it take?

“If a college can offer more than LSU can in the long run,” he said.