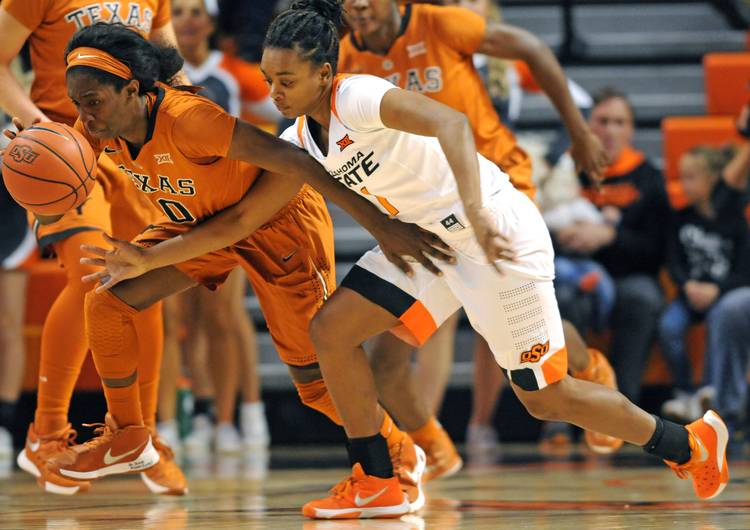 STILLWATER, Okla. — Freshman Jordan Hosey and senior Imani Boyette each scored 12 points as the No. 4 Texas women’s basketball team jumped out to a big early lead and routed Oklahoma State 78-48 on Saturday night.

Boyette added 11 rebounds, and Empress Davenport and Ariel Atkins each had nine points for the Longhorns, who are off to the third-best start in school history at 15-0. It is the best start to a season since the national championship year of 1985-86. UT is 4-0 to begin Big 12 Conference play for the first time since the 2002-03 season, when it won its first five league games.

The Longhorns jumped out to a 13-2 advantage at the start of the game while limiting the Cowgirls to just 1-of-10 shooting, including seven straight misses.

Up to that point, Oklahoma State had shot 3 for 15 from the floor. It didn’t get much better the rest of the quarter, as the Cowgirls ended the first half shooting 4 for 25 (16 percent) after missing eight consecutive shots.

Hosey became the seventh Longhorn to at least share in the team lead for points in a game this season. Over the past six contests, Texas has had a different player top the scoring each time.

Up next for Texas is a road game against Kansas at 7 p.m. Wednesday. Oklahoma State will visit Kansas State the same night.

Defense in focus as Texas heads to Fort Worth