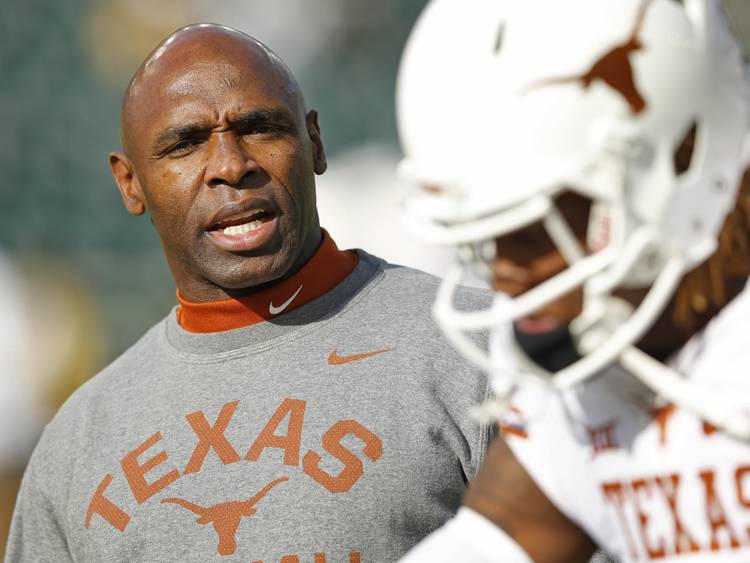 This is our second annual 20 for 20 project, a Longhorns recruiting primer 20 days out of national signing day.

The Longhorns, their class currently ranked 34th nationally, will need to land a slew of stars between now and signing day — and that still might not be enough to break into the top 10. Yet the possibility exists pending the additions of, say, five-star safety Brandon Jones and four-stars Erick Fowler,  Jeffrey McCulloch, Dontavious Jackson, Devwah Whaley, Chris Daniels and Eric Cuffee. Last year, the Horns shook off a slow start to sign the nation’s ninth-ranked class.

2. WHO ARE TEXAS’ COMMITMENTS?

The Longhorns have 13 pledges so far, a class that currently ranks No. 34 nationally. Here they are, listed in order of stars in 247Sports’ composite rankings of the industry’s top ratings:

The Longhorns' 13 pledges for the 2016 signing class. Texas' class is ranked 34th nationally.

3. WHO HAS THE NATION’S TOP CLASSES?

It ain’t over yet, but here’s how the national top four looks right now, based on 247Sports’ composite ratings:

No. 1: LSU. Fifteen of the Tigers’ 20 pledges are either 5- or 4-stars, led by a pair of star defensive backs — Florida’s Saivion Smith, the nation’s No. 2-rated cornerback, and Galena Park North Shore’s Eric Monroe, the country’s No. 2 safety.

No. 2: Michigan. Call it the Harbaugh Effect. The Wolverines have 14 4-stars so far, with top-10 position prospects at quarterback, running back, guard and tackle.

No. 3: Ohio State. The 2014 national championship is paying recruiting dividends. The Buckeyes have a pair of 5-star defensive ends pledged — Fort Lauderdale’s Nick Bosa (Joey’s younger brother) and Ohio’s Jonathon Cooper. Bosa’s the No. 6 overall prospect in the country.

No. 4: Florida State. The Seminoles hope they’re getting their next great quarterback — California’s Malik Henry, the fourth-rated passer in the country — and the receiver he’ll throw to (Florida’s Janarius Robinson, the nation’s No. 3 receiver).

Curiously, nearly half of the conference — four teams — is still looking for a 5- or 4-star pledge.

5. HOW HAVE TEXAS’ RECENT CLASSES RANKED?

How the Longhorns’ last 10 classes have ranked nationally, along with that year’s top recruit: