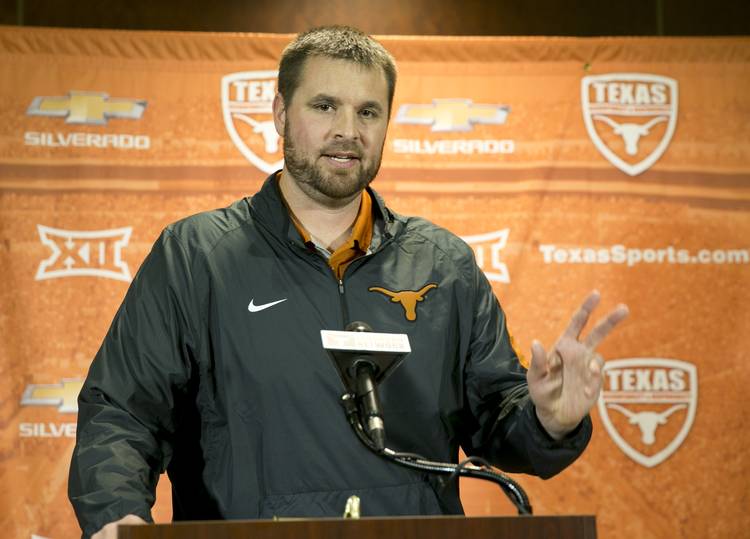 Pressed to make a fast decision, Belton offensive lineman Zach Shackelford made the one most expected he would.

A longtime commitment to Kansas State, Shackelford visited Texas this weekend and apparently saw enough positives to flip his commitment to UT, where he’ll begin taking classes this week to open the spring semester.

Shackelford, a three-star prospect who can play guard or center, made the announcement on Sunday via Twitter and wrapped a bow on a much-publicized weekend in which the Longhorns hosted 19 recruits on official visits.

His pledge gives the class 14 commitments, including four additions to the Longhorns’ depth-starved offensive line. Credit new line coach Matt Mattox with closing the deal and acquiring a player who could fill in for departed centers Taylor Doyle and Jake Raulerson.

Shackelford (6-3, 290) had planned to enroll in a school this week, but — how about this for stress? — he hadn’t decided which Big 12 school he’d be attending. He committed to Kansas State in late July but had second thoughts once Texas extended an offer in November. It couldn’t have hurt that his high school coach is Bob Shipley, the father of former Longhorn standouts Jordan and Jaxon Shipley.

With Shackelford added to the fold, Texas now has four early enrollees in this class. The others are quarterback Shane Buechele, wide receiver Collin Johnson and linebacker Demarco Boyd. All four are eligible to participate in spring practices.

The addition of Shackelford, the state’s No. 139 player per 247Sports’ composite ratings, didn’t move Texas’ rankings much. The class is currently positioned at No. 32, up three spots from when the weekend began.

Shackelford’s announcement notwithstanding, the weekend was quiet, though that shouldn’t necessarily be considered a negative. Several visitors, including Nacogdoches five-star safety Brandon Jones, posted tweets saying they had a good time at Texas.

2nd Official Visit was a success! Had a great time in Austin!#HookEm 🐂 pic.twitter.com/XH3EuN43dw

Texas athletics back in black for 2014-15 academic year