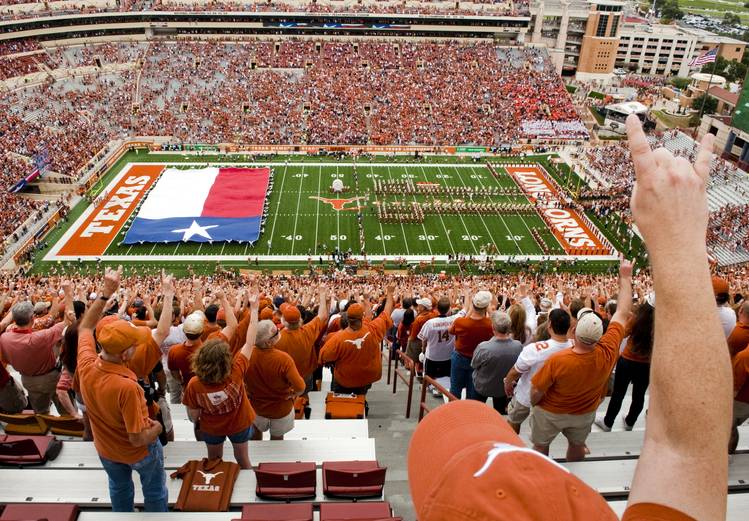 Steve Hank, a senior associate athletic director who followed Steve Patterson to Texas from Arizona State, is leaving the Longhorns and going into private business.

Hank is joining SSB, a Denver-based technology and analytics group specializing in data management. The consulting firm is opening a new office in Austin, and Hank will be the company’s point person locally.

Patterson, who served as Texas’ athletic director for 22 months, brought Hank to Austin with the title of Chief Revenue Officer. Hank was widely viewed as Patterson’s right-hand man, someone who would oversee all contracts and help Patterson carry out his vision for the department.

Asked if he was fired by current athletic director Mike Perrin, Hank said, “I was not pushed out. Mike’s been nothing but good and gracious to me. And that’s absolutely 100 percent the truth.”

As Patterson’s Chief Revenue Officer, Hank was the point person for the majority of the Nike discussions, which resulted in a 15-year, $250-million contract, a record-breaking number at the time. Hank and Patterson also signed a deal with The Aspire Group, an outbound ticket sales and service team now occupying the Royal-Memorial Stadium press box.

Under Hank’s direction, the food service company Sodexo was instructed to dramatically upgrade its offerings at UT athletic venues or risk losing its lucrative contract. That led to more food and beverage choices at Royal-Memorial Stadium.

Hank also was involved in the raising of football ticket prices, which increased by an average of 6 percent across the board for the 2015 season. Patterson ultimately made the final decision, one that was met with anger by the fan base but proved profitable. Perrin has announced football ticket prices will remain flat for the 2016 and 2017 seasons.

On the media landscape, Hank reached a new seven-year deal with Austin Radio Network to move UT games broadcast locally to 104.9 The Horn from 1300 The Zone.

Audited numbers from the 2014-15 academic year reveal that Texas took in a school-record $183.5 million in revenues and spent approximately $183 million. The athletic department finished in the red the previous year, prompting Patterson and Hank to look at every expense.

It’s unclear whether Perrin will replace any of the three departures or go in a new direction. He has not outlined his vision for the athletic department since being named the permanent AD in early December.

In a statement released through SSB, Perrin said, “Steve has done a thorough and thoughtful job at Texas and I wish him well in his new position. I am confident he will have continued success. The programs he helped implement here have proven very helpful.”

Texas athletics back in black for 2014-15 academic year