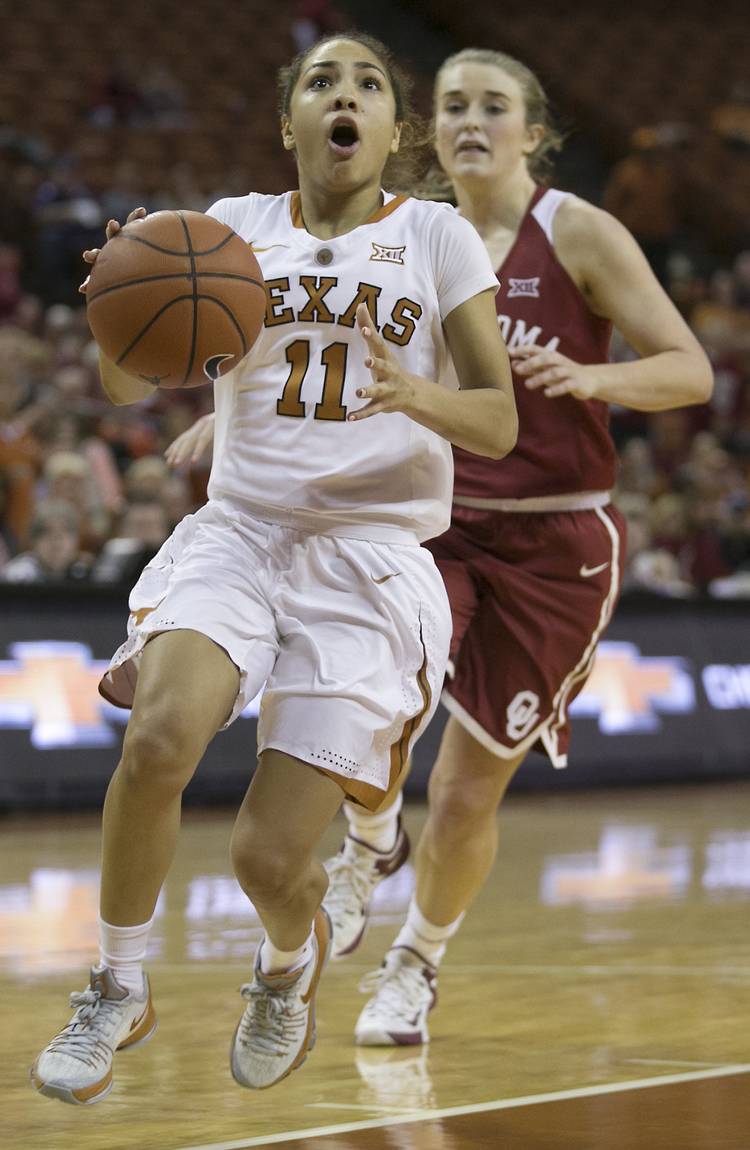 Texas' Brooke McCarty collects a loose ball and races for an easy basket to close out the Horns win with a 83-76 victory over Oklahoma on Saturday. RALPH BARRERA/ AMERICAN-STATESMAN

As the chase for the 1,000th program victory nears an end, the Texas women’s basketball team is aiming to vacuum an old problem.

So what’s the problem?

Texas, with so much obvious potential, is tied for last place in the Big 12 when it comes to turnovers. The Longhorns average 17 a game. Last Saturday, the Longhorns outlasted No. 19 Oklahoma 83-76 despite giving up a season-high 25 turnovers, which led to 27 Sooners points.

On Monday, head coach Karen Aston was late to her scheduled media availability because her staff was looking for solutions to clear that one blemish on an otherwise outstanding season.

“We are all still beating this dead horse to death,” Aston said.

Texas (18-1, 7-1 in the Big 12) hopes to push that problem aside Wednesday night at home against Kansas. A victory will give the Longhorns their milestone win — 1,000 all-time wins for a program that played its first game in November 1974. Only four other schools have reached that mark (Tennessee, Louisiana Tech, Old Dominion and James Madison).

The Longhorns began their countdown to the historic win after the 64-53 win over Tennessee in Knoxville on Nov. 29, when Aston wrote “987” on the white board in Texas’ locker room. The chase was on.

On Saturday, the Longhorns shared victory No. 999 with nearly 50 former players who came back for Texas Exes Weekend.

“The alumni feel a lot of pride in the program in general,” Aston said. “Reaching 1,000 is a sign of longevity, a sign of tradition to be able to reach this kind of benchmark.”

Still, a team that aspires to reach the Final Four likely will be watching it all on TV if something isn’t done to stop the flood of turnovers. Sophomore guard Brooke McCarty, one of the quickest players in the Big 12, admits that sloppy offensive possessions have cost the Longhorns dearly all season.

Fixing the problem isn’t as easy as it might seem. Aston said she doesn’t want to diminish her team’s aggressive style, but recognizes that the players are sometimes “playing with fire” regarding turnovers.

“If we could clean up the turnovers, we’d be a much better basketball team,” she said.