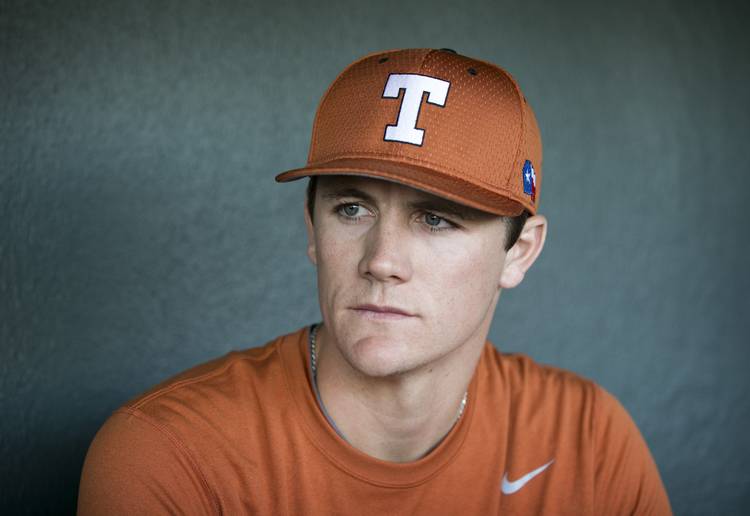 Before the first practice of the year got underway Monday, much of the chatter centered on a group of pitchers that is so deep that no one appears concerned about who’s not coming back.

And here’s a sampling of who’s not coming back:

Chad Hollingsworth, unable to make a full recovery from shoulder surgery, is retiring from baseball, according to Longhorns coach Augie Garrido. When healthy, he was among the team’s top options in 2015.

Kacy Clemens has made a full recovery from an elbow injury, but he’s settling in at first base for the time being and is not a serious contender for a spot in the rotation.

Sawyer, who is hoping to bounce back from a shaky season in which he was demoted to midweek starter and then to the bullpen, is among four pitchers Garrido singled out for a potential starting role. The others are three sophomores: Connor Mayes and Kyle Johnston, who each bounced around before finding their niches as starters for the Big 12 tournament, and Morgan Cooper, who missed all of last season after undergoing Tommy John surgery. In 2014, Cooper was named second-team freshman All-American by Perfect Game.

“If we have a bunch of (talented pitchers), it makes for tough competition, but competition’s tough in the Big 12 anyway,” Cooper said.

“If he has that same career, it’s going to be fun to be around,” Johnson said.

And don’t forget about Ty Culbreth. The left-handed senior, who spent most of last season in the bullpen, started and recorded a complete-game victory over Baylor in the Big 12 tournament.

Position changes: With three weeks to go before the opener against UNLV, Garrido announced a tentative lineup that included some tweaks. Bret Boswell will move to shortstop from third, leaving freshman Kody Clemens to handle the hot corner. Joe Baker, who can play just about anywhere on the infield, is ticketed for second base. Tres Barrera and Kacy Clemens will platoon at first, and Barrera and Cantu will platoon at catcher.

The outfield is iffy around veteran center fielder Zane Gurwitz. In right is lefty Patrick Mathis, who had just 16 at-bats last year. Garrido said he doesn’t know whom he’ll put in left, but he’s considering plugging in freshman Tyler Rand, who also can pitch.

Hollingsworth calls it quits: Rest didn’t help Hollingsworth’s injured shoulder and neither did surgery. Consequently, he’s quitting the sport before his senior season and turning his focus to earning his degree. Hollingsworth, who began last season in the weekend rotation, was injured in early April, and the velocity on his fastball never fully returned.

“He’s been my best friend for two years now,” Sawyer said. “He understands he can’t throw anymore, but he’ll be here every day cheering us on.”

Keep it simple: Garrido said the motto for this season is Do Simple Better. The implication is his team pressed too much last season, resulting in a disappointing 30-27 finish.

“Just take the fundamentals of the game and do them better,” Garrido said. “Be who you are.”