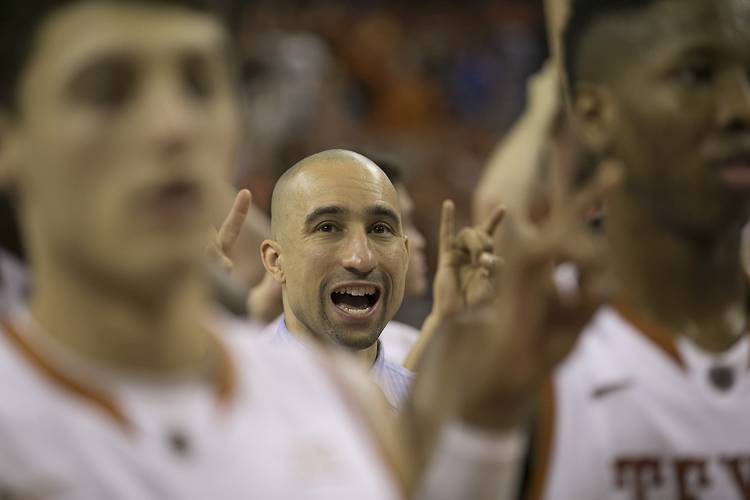 National pundits spent January fawning all over Oklahoma, Kansas, West Virginia and Iowa State, and for good reason. All four teams have been in the upper half of the Associated Press Top 25 rankings most of the season.

February is Texas’ chance to get some national love, too.

The upcoming schedule gives the Longhorns multiple chances to show the country that, yes, indeed, the team is still here. And, no, they didn’t cancel the season once Cam Ridley went down.

“Everyone’s excited,” freshman guard Eric Davis said. “This is a big month for us, and I think we’re in a good place mentally and physically.”

Starting against No. 17 Baylor, Texas gets three appearances this month on ESPN’s high-profile “Big Monday” national broadcast. A fourth Monday game at Kansas State will be on ESPNU. The Horns also get two shots at the top-ranked Sooners. West Virginia and Kansas must come to Austin later this month.

From a top-25 standpoint, Texas was sixth at one point last season, then fell to 10th, 17th, 19th, 25th and out of the poll completely. The Horns haven’t gotten back in since.

With 10 games left in the regular season, Texas is scheduled to face seven ranked opponents. Four of the last six games are at the Erwin Center. So far this season, the Horns are 11-1 at home.

“You know, the really good thing is, we don’t have to play them all at the same time,” Texas coach Shaka Smart said.

“Again, you get to play those games or you’ve got to,” Smart said.

In the brutally difficult Big 12, Texas (14-7) is just one game out of first place. The Horns are one of three teams lumped together with a 5-3 league record. OU, Baylor and West Virginia are all sitting at 6-2.

Tensions always run high whenever the Horns and Bears meet. Last season in Austin, Baylor had a double-digit lead with 6:38 left in regulation, but Texas kept fighting and eventually tied things up on Jon Holmes’ 3-pointer, and the game went into overtime.

In the extra period, UT’s Isaiah Taylor and Baylor’s Royce O’Neale both went diving for a loose ball near the scorers’ table. Two Texas players tried to help O’Neale up, but it triggered a bench-clearing melee. Seven players were ejected.

Told that Taylor emerged with a busted lip, Smart dead-panned, “You call that a fight?”

“The last time we played Baylor, it was a hard-fought game that went into overtime,” Taylor said Saturday. “Things got flared up. Emotions were shown. But we’re not worried about last year. We’re focused on the next game on Monday night.”

Baylor coach Scott Drew said Texas was “one of the hottest teams in conference.” UT had won four of their last five Big 12 games before last Saturday’s non-conference date with Vanderbilt, another Texas victory.

“I can only speak for our team,” Smart said. “You want to be motivated and competitive, but it’s a basketball game. This isn’t anything other than that.”