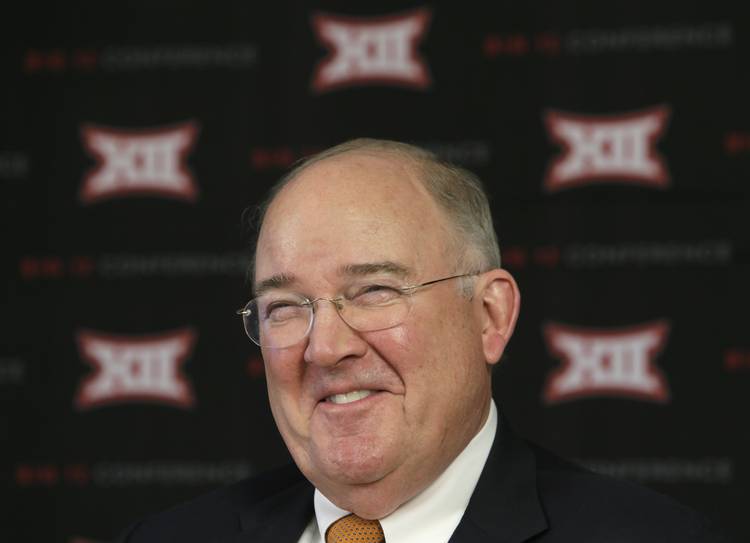 IRVING — Texas men’s athletic director Mike Perrin fully supports the announced date change that moves the 2016 Texas-TCU home football game to Friday, the day after Thanksgiving. But he doesn’t know if the change could become permanent.

“I’m very positive about it,” Perrin told the American-Statesman. “There were several inquiries about moving it, but the conference was neutral about it.”

As for making that a permanent schedule change, Perrin said, “That has not been raised with me at all. We were asked to consider it for only this year.”

The Big 12 is obligated to provide four Thursday games to television partners ESPN and Fox — two apiece, typically — but league spokesman Bob Burda said any Friday date, including the Texas-TCU game this season, or a Sunday game could count against that number. Texas Tech-Kansas has been moved to a Thursday, on Sept. 29.

Perrin said part of the reason for the move was “complaints” that Texas had received from students, staff and alumni about playing the game on Thanksgiving. By moving it to Friday, Perrin said, some students would return to campus for the game. Perrin said he’d discussed the move with both football coach Charlie Strong and university president Gregory L. Fenves and received approval from both.

The time for the TCU kickoff will be in the afternoon, Perrin has been assured. He said he was told it would not be a morning or evening start, that it wouldn’t begin later than 5 p.m., but “there’s not a definite time.”

TCU athletic director Chris Del Conte said he’s fully on board with the change. TCU hosts Oklahoma State the Saturday before Thanksgiving, while Texas travels to Kansas, so the switch provides both teams an extra day of recovery. That was a big reason Perrin supported the move.

“It’s OK,” Del Conte said. “We had a game on the Saturday before, so this will give us a little more rest. I’m fine with it.”

Del Conte also loves the national limelight a game on Thanksgiving provides for previous games and doesn’t think this will be a permanent move.

“I love playing on Thanksgiving,” Del Conte said. “It’s great exposure for our schools, the league. The kids love it.”

Asked if this could spur a complete shift away from home-only games during Thanksgiving week, Perrin said he has had “no discussions at all about that, but I’d consider it with an open mind.”

But when asked, he said arch-rival Texas A&M has not called about returning to the Texas schedule. “No,” Perrin said, “I haven’t heard from them.”

“I wouldn’t say that,” he said. “It’s just been different from all the traditions we’ve had. It’s just different.”