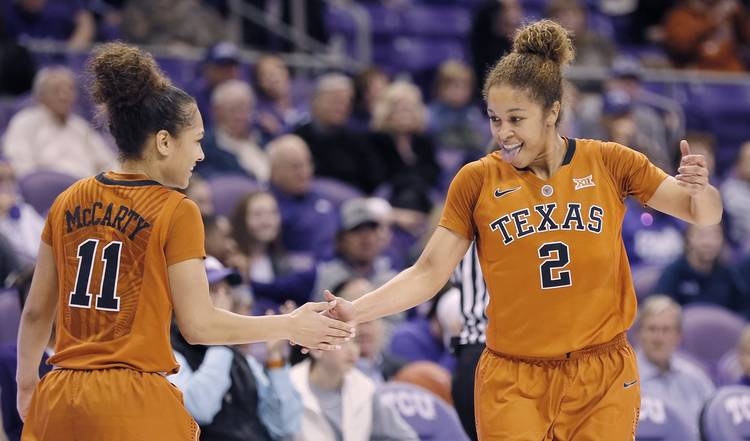 Celina Rodrigo remembers a rough freshman season and a first-year Texas coach who rode her every step of the way.

Rodrigo was a shy point guard who, Longhorns coach Karen Aston recalls, was “thrown to the wolves” during a miserable 12-18 year. The freshman from Marietta, Ga., was billed as UT’s answer for its desperate need for backcourt leadership when she signed with Texas.

“The worst part was the outcome,” Rodrigo said. “It was frustrating we didn’t get as many wins as we hoped for.”

Roughly three years removed from that 12-18 meltdown, Aston and Rodrigo have made it through the fire. Rodrigo and 6-7 senior Imani Boyette are the only players that have started all 21 games of this 20-1 season heading into Saturday’s road game at Iowa State.

Aston admits she was tough on Rodrigo as a freshman.

“Celina’s one of those players that every coach should appreciate because she kept going,” Aston said. “There were days she wanted to chop my head off, and probably wondered what she was doing here.”

Rodrigo is one of Texas’ most reliable players. In UT’s 120 games since her freshman season, the 5-6 senior has missed a total of one. And she has started 78 of 89 games the past three years.

“The hardest part of my freshman year was trying to learn what the coach wanted,” she said.

Aston works her point guards hard, considering them as an extension of the coaching staff on the court.

With only four regular-season home games left in her career, Rodrigo is enjoying the best year Texas has had since the 2003 team reached the Final Four.

“What you’re seeing now is a really mature point guard who has been through just about everything you can think of,” Aston said.

Rodrigo has been though good times, too, during UT’s resurgence into the national spotlight. Reaching the Sweet 16 with a pair of victories at the NCAA regionals last March in California was special. This year she was part of the team that helped Texas win its 1,000th game.

“It was pretty special to be part of something so big,” she said.

With eight regular-season games, the Big 12 Tournament and the NCAA Tournament on the horizon, Rodrigo can create a few more memories before embarking on life’s next challenge.