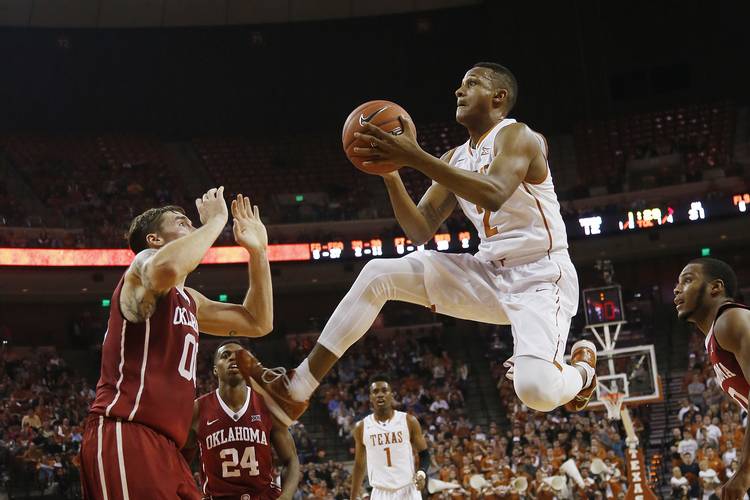 Just when Texas was primed and ready for a high-profile showdown with the No. 1 team in college basketball, Oklahoma tapped out inside the “Octagon of Doom.”

But the Sooners will likely fall from the top spot when the Associated Press Top 25 polls are updated Monday morning.

Kansas State was the latest team to upset the nation’s No. 1 team with an 80-69 win over Oklahoma in Manhattan, Kan., on Saturday. Five different teams have been atop the poll at various points this season only to stumble, making this the most topsy-turvy season in recent memory.

“We got beat by a club that out-fought us, worked harder, were more energetic to loose balls and were active,” OU coach Lon Kruger said.

Speaking of rankings, shouldn’t Texas (16-7, 7-3 Big 12) start gaining traction among AP voters? Last week, the Longhorns got one vote total. That means one of the 65 voters put Texas 25th on his or her ballot.

When asked about not being ranked, the Horns dismiss it as a frivolous inquiry. In many respects, they’re right. Polls are media-driven, manufactured storylines used to promote the game. Still, it’s better to be ranked than not. Texas’ only real problem is that teams with seven losses tend to be passed over for teams with four or five losses.

The Horns are 4-2 against top-25 opponents so far this season. Based on the current poll, six of the team’s final eight regular-season games are against ranked foes.

Whether the Sooners are ranked first, second or wherever, they’re good. Star guard Buddy Hield ranks second nationally in scoring (25.6) and shoots a dazzling 51.1 percent from 3-point range.

Hield was 3 for 8 from 3-point range against Kansas State and still finished with a game-high 23 points.

“Everyone is going to make it tough for me,” Hield said. “I just have to find a way to score the ball.”

Sharpshooters Jordan Woodard and Isaiah Cousins are also key reasons why OU is the best 3-point shooting team in Division I. OU hits 45.3 percent of its treys. Arkansas is second (42.6 percent).

“I think it all starts with their three guards,” Texas coach Shaka Smart said. “They’re all older, they’re all very confident, and they play together. They share the basketball with each other and take turns attacking.

“Every time Oklahoma needs a big shot to be made, they make them.”