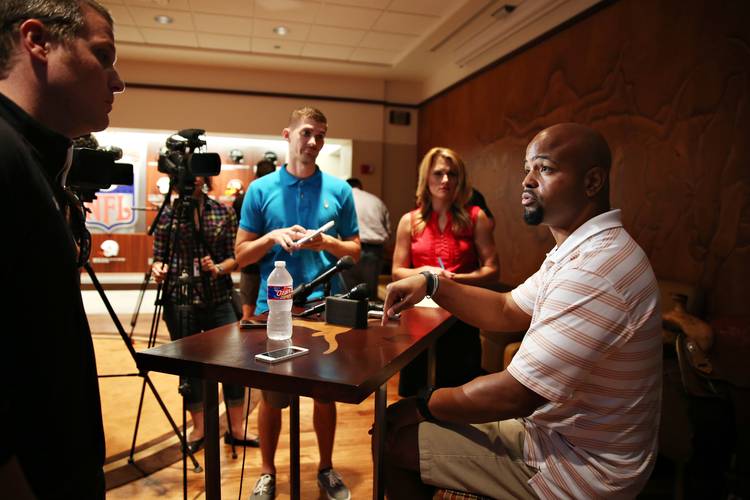 UPDATED 9:20 p.m.: This story has been updated to include comments from Texas coach Charlie Strong.

The University of Texas will part ways with defensive backs coach Chris Vaughn over his alleged involvement in the NCAA scandal engulfing Ole Miss, two university sources told the American-Statesman on Thursday.

It’s believed NCAA investigators have “a thick file” on Vaughn from his time as an Ole Miss assistant from 2008 to 2011, a UT source told the American-Statesman. The source said Texas officials have no reason to believe Vaughn did anything improper with the Longhorns.

In a statement, Texas coach Charlie Strong said, “Chris did a tremendous job for us. He’s a terrific football coach and a great person. However, circumstances have put us in a position that we are going to part ways.”

Vaughn was a defensive backs coach and recruiting coordinator at Ole Miss from 2008 to 2011. He joined the Memphis coaching staff in 2012 and then came to Texas in 2014 as one of Strong’s original nine assistants.

The Associated Press reported earlier this week that 13 of the reported 28 NCAA violations levied against Ole Miss are tied to the Rebels’ football program. The women’s basketball team and track and field programs also were implicated.

Ole Miss athletic director Ross Bjork issued a statement saying “many of the (football) allegations” dated back to Houston Nutt’s 2010 coaching staff, of which Vaughn was a member. Ole Miss has 90 days to respond to the NCAA’s charges.

Vaughn originally signed a three-year contract prior to the 2014 season worth approximately $245,000 annually. The first two years were guaranteed; UT held the option for the third year.

Vaughn and fellow assistants Vance Bedford and Brian Jean-Mary were all entering their option year, but UT sources said new deals were in the works for all three.

A source said it’s unclear whether Vaughn will be outright terminated for cause or receive some kind of settlement.

All Texas coaches have language in their contracts protecting the school from NCAA investigations. Most contracts have standard boilerplate language stating coaches will “know, recognize and comply” with NCAA rules or risk being fired for cause.

Vaughn was responsible for recruiting the Houston area. He was the primary recruiter assigned to Nacogdoches’ Brandon Jones, considered the nation’s No. 1 safety prospect. Jones’ signing was a key reason why the Longhorns finished with one of the nation’s top recruiting classes. “He is going to be a really unbelievable player for us,” Strong said on signing day.