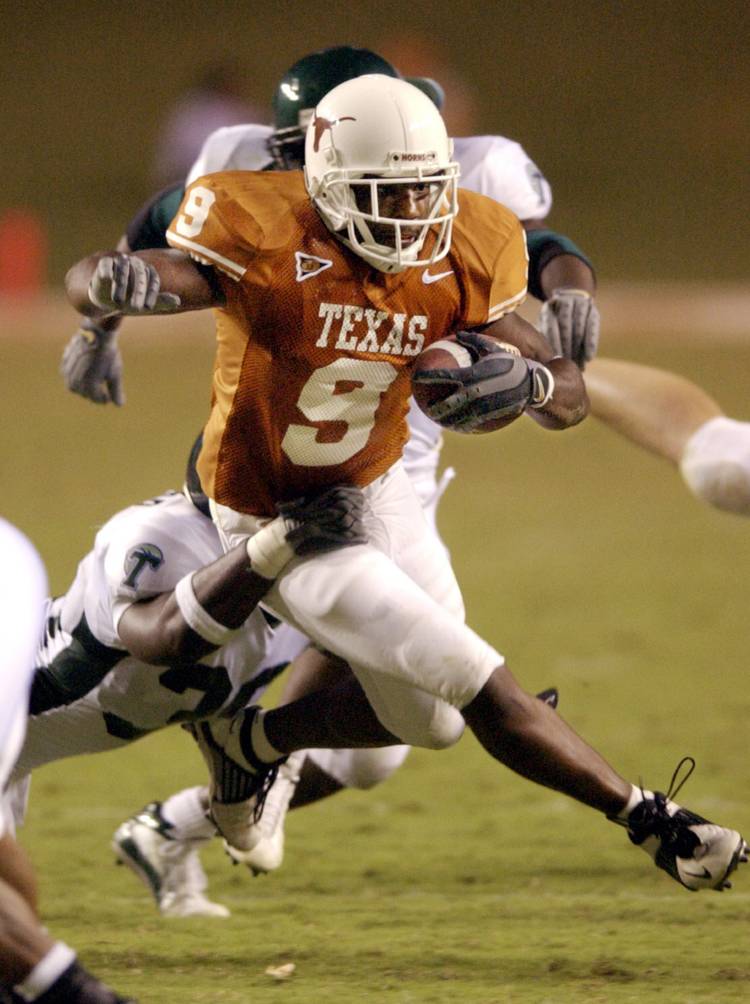 Former Texas running back Anthony Johnson carries the ball in the second half during a game with Tulane in 2003. Johnson will interview for the open running backs coach position on Charlie Strong's staff. (Sung Park/AMERICAN-STATESMAN)

Anthony Johnson, who played at Texas in the early 2000s and transition into a coaching career, was named the Longhorns’ new running backs coach on Saturday.

Johnson was a running back for former UT coach Mack Brown from 2001-05. He later spent three seasons as a quality control assistant with the Longhorns. Johnson worked at Sam Houston State and eventually joined the Toledo staff prior to the 2014 season.

Johnson interviewed for the UT job earlier this week, a source told the American-Statesman. He replaces Tommie Robinson, who opted to leave Texas in January for a similar job at USC.

“There’s no way I could put into words how excited I am about the opportunity to come back to Texas and be the running backs coach,” Johnson said in a statement. “I grew up a Longhorn fan, played at Texas and bleed orange through and through. This is just an awesome day for me and my family!”

Johnson will have no shortage of backfield choices working with the Longhorns. D’Onta Foreman, Chris Warren III, Kirk Johnson and incoming freshman Kyle Porter are expected to make up a dynamic running attack.

“I spent a lot of time with Sterlin, Matt and Jeff (Traylor), and I feel like I really connected with them,” Johnson said. “I love what they’re bringing offensively, and I’ve been fortunate enough to coach in a very similar style of offense for years.”

Strong praised Johnson’s energy and deep Texas ties. Johnson’s first coaching job after his playing career ended was at Jefferson high school. He then came back to UT to work under Brown from 2007-09.

“I know Sterlin and the offensive staff really hit it off with him, too,” Strong said. “He’ll be a super addition to our staff, and we’re looking forward to getting him here.”

Strong is still searching for a defensive backs and receivers coach.