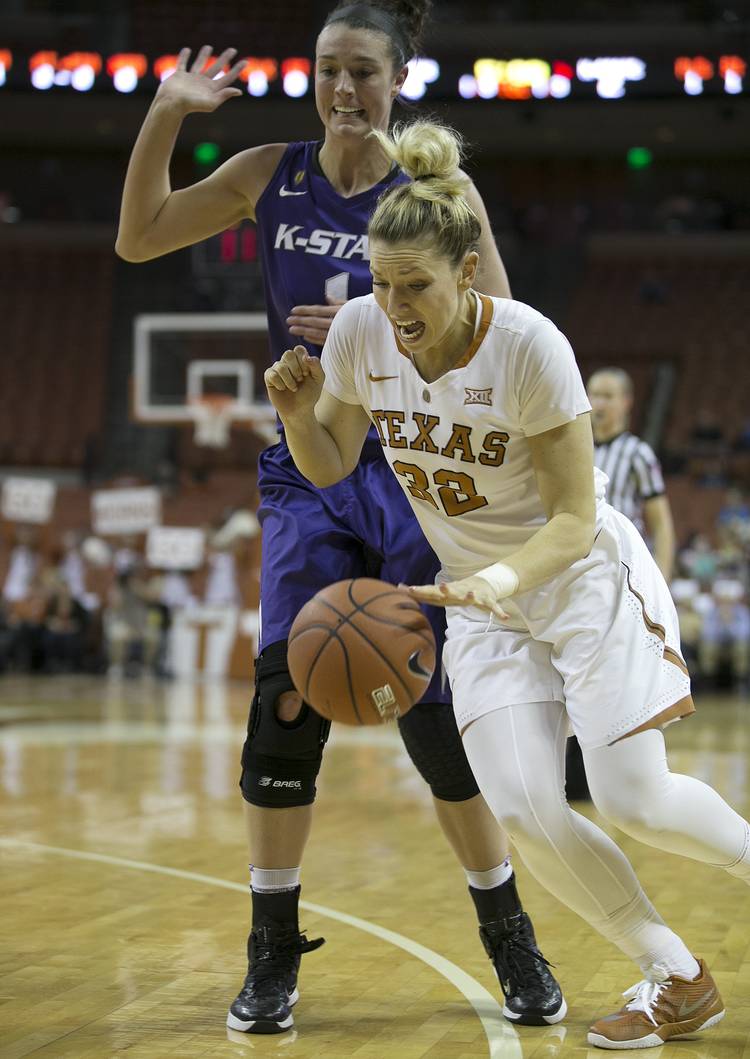 Brady Sanders has waited five years for a game like this.

The senior guard who turns 23 next week has scored more points than she tallied Wednesday night against Kansas State. But with her team struggling to score and get defensive stops, the player with the surgically repaired right foot provided the biggest lift in a 58-51 victory at the Erwin Center

The last time Sanders led the team in scoring was Feb. 18 last season — 18 points against K-State . On Wednesday, she contributed 12 points, four rebounds and two assists. She hit all six of her shots from the foul line and fueled a second-half rally to help Texas rally from a 14-point third-quarter deficit.

Sanders, who had scored a total of 37 points in UT’s first 24 games, said she was prepared to make an impact.

“For me it’s not hard whether I play 1 minute, 30 seconds or 20 minutes,” Sanders said. “It’s all the same to me….  If it means going hard in practice to push them, that’s what I’ll do. It’s not hard for me to stay motivated when I see how special this team is.”

“Before the coaches had a chance to make it to the locker room for halftime, we all knew we needed to make a change,” Lang said.

Lewis said Lang was “more physical” defensively in the second, using her forearms to push her out of the paint.

Kansas State (16-9, 6-8) scored the first five points of the third quarter to push the score to 32-18 lead, the Wildcats’ largest lead of the night. Texas, though, rallied behind Lang and sophomore Ariel Atkins, outscoring KSU 21-7 for the final eight minutes of the quarter to tie the game 39-39 after three periods.

Texas took the lead for good on a pair of Sanders free throws with 4:55 to play to give the Horns a 45-43 edge. An offensive rebound and put-back hoop by Sanders 45 seconds later to give Texas a 47-43 lead.

Aston said Texas appeared to have a “hangover” following Sunday’s 70-55 loss at Oklahoma. The coach would later say if she could “re-do” something from the OU game, it would be to let more role players participate.

Aston then revealed a story about Sanders addressing her teammates on Monday following a film session.

Aston: “Brady told the players, ‘Whoever is in the game needs to play hard because I’m sitting on the bench wanting to play. We all are. Everyone who sits on the bench on our team wants to play. if you get minutes you better value them.’ It was important for someone to step up. It’s part of being on a team. You have to be ready when your number is called. You never know when it’s your chance to contribute to this special season.”