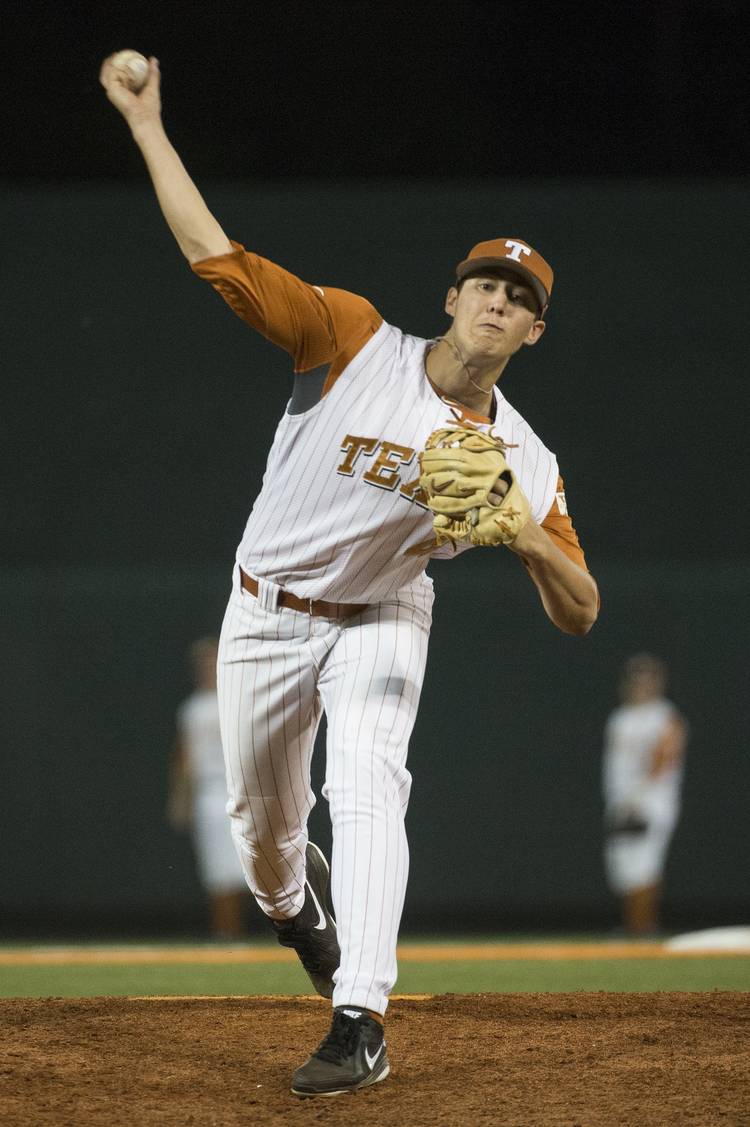 The lineup and the pitching rotations are set for this weekend’s season-opener against UNLV, but there are other questions still facing the Texas baseball team.

Who will be the closer?

For now, it’s looking like it’ll be a freshman. Chase Shugart, a right-hander from Bridge City, will get the first crack at it, head coach Augie Garrido said. If Shugart falters, or if he moves to get some work in the infield, the ninth inning will belong to another newcomer, Nolan Kingham. There’s a third option, too, and that’s to not appoint a permanent closer. UT didn’t have one last year, when six different pitchers combined for 15 saves.

Where will leadership come from?

Garrido was not pleased with his team’s leaders last year, so he spent this offseason developing new ones. With only three seniors to choose from, he turned to younger players and identified juniors Tres Barrera and Josh Sawyer and redshirt sophomore Morgan Cooper for those leadership roles.

“Their main role is to monitor the behavior outside of Disch-Falk Field,” Garrido said. “We can take care of it when they’re here, but it’s a little harder in some of the other areas that they tend to wander into it.”

Which freshmen will make big contributions?

The early contenders are third baseman Kody Clemens, left fielder Tyler Rand, pitchers Chase Shugart and Nolan Kingham, and outfielder Kaleb Denny. Denny, the son of David Denny, UT’s all-time leading hitter, redshirted last year and hasn’t played in a game since his junior season at Barbers Hill High because of injuries. If he can knock off the rust, he could provide some flexibility in the batting order.

How will Morgan Cooper perform?

Cooper, who is returning to the mound after missing all of last year recovering from Tommy John surgery, will likely begin out of the bullpen. He’s looking good in practices, Garrido said, and his fastball is reaching 92 miles per hour. If he continues to progress and shows command in games, Cooper — who was on the Big 12’s all-freshman team two years ago — will apply pressure on weekend starters Kyle Johnston, Ty Culbreth and Connor Mayes.

Will the home-heavy schedule lead to a fast start?

Texas plays 12 of its first 13 games at home and leaves Austin only for a mid-week game at Texas State on March 1. Of the first 25 games, 20 of them will be played at Disch-Falk Field. By then, it’ll be April and the Horns could be barreling toward a top-10 ranking. Last year, the Horns went 17-9 at home and 9-16 on the road.

Texas looking to World Series winners for its own baseball blueprint