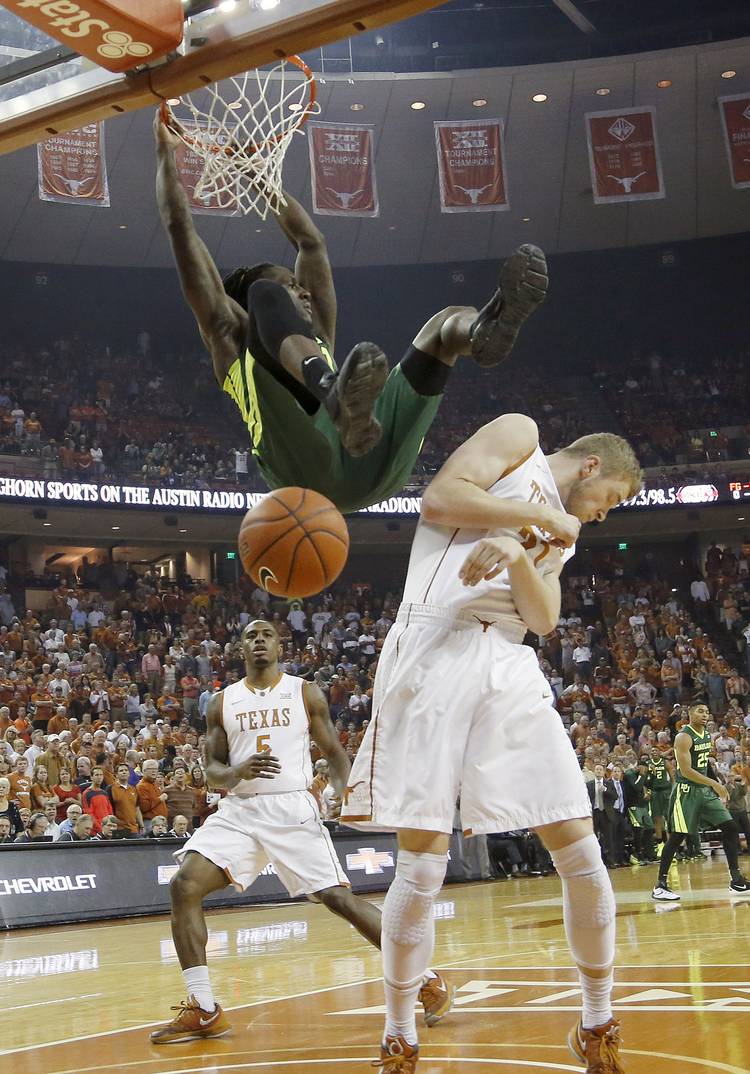 Psychiatrists have made fortunes listening to other people talk about their problems. Texas coach Shaka Smart simply has to listen to, care for and cajole the 14 players in the Longhorns’ locker room.

Saturday’s 78-64 loss to No. 25 Baylor provokes some staggering questions.

How does a team still in Big 12 title contention come out flat against one of its biggest rivals?

How does that team, playing before a sold-out Erwin Center crowd of 16,540, commit four turnovers in the first three minutes, fall behind by 18 at halftime and essentially get blown out?

No. 24 Texas suffered through what was easily its worst game of the season. Statistical carnage was everywhere, and in all likelihood, the league title is now out of reach.

“I don’t think we had a clear head,” said Texas senior Connor Lammert, who had nine points and no rebounds in 27 minutes. “We weren’t focused on the right things, for whatever reason. You got to think we’re crazy for not coming out strong and ready for a game like this.”

Forward Johnathan Motley, who started in place of Rico Gathers, hit 12 of 13 shots and finished with a game-high 24 points. Taurean Prince scored 17 and Lester Medford added 13 more as the Bears shot an eye-popping 62.7 percent from the floor.

“This was just a reminder for everyone, me included, that who we are is still to be determined,” Smart said.

Baylor was up by at least 20 for a majority of the second half. The Bears scored 50 points in the paint against the No. 1 defensive team in league play.

UT guard Isaiah Taylor said, “They got the best of us tonight. Hats off to Baylor. They played a good game today. But we came out sluggish. We didn’t come out ready to play today.”

The Horns had few problems slicing up the Bears’ zone defense earlier this month. Texas captured a 67-59 win in Waco on Feb. 1 by going right into the heart of Baylor’s defensive setup. This time, the Bears tracked the guards a tick higher up the floor and did a better job trapping UT big men Prince Ibeh and Lammert.

Taylor and Javan Felix were “playing catch” on the perimeter, Smart said. By passing it back and forth so much, the Horns were looking for holes in the Bears’ zone. Still, there was too much standing and waiting, especially from two players known for driving.

Shaq Cleare had a team-high 14 points, and freshman Eric Davis had 11. Few others stood out offensively.

The offensive breakdowns paled in comparison to what happened on the other end, especially just before halftime.

Gathers came off the bench and bullied his way for a basket. King McClure, a reserve freshman, blew right past Kerwin Roach for an easy layup. Prince missed a jumper, and Motley followed with an easy layup. Baylor had a 38-22 lead at that point. Points were so easy inside, the Bears took only five 3-point shots all day.

“Our main talk was making sure you don’t fade away from Ibeh,” Prince said. “He’s such a prolific shot blocker, so when you fade away from him, you give him the advantage of letting him go up and meet your shot at the top.”

Smart said, “They kind of sensed there was some tentative play on our part.”

There’s no time to overanalyze things. Texas players will practice Sunday afternoon and then fly to Manhattan, Kan., for Monday’s game against Kansas State. What happens there is anyone’s guess.

“I think we’ve got to come out with more fight and more of a sense of urgency, more sense of focus just as a team,” Taylor said.